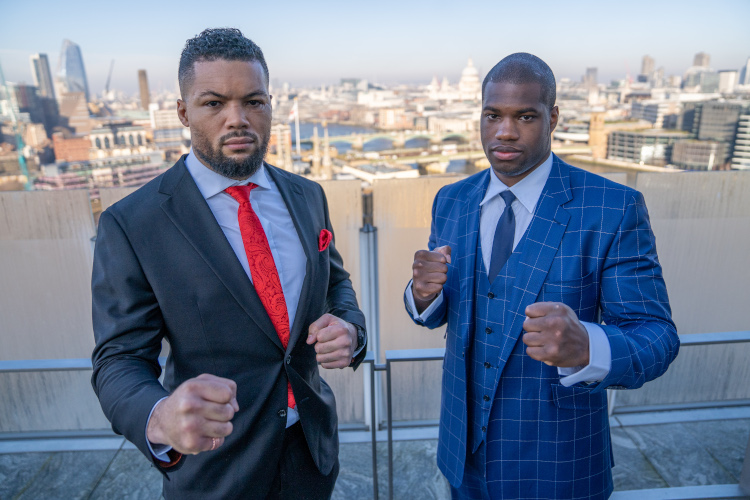 Boxing will be returning totalkSPORT from this Saturday evening with the first bout since lockdown – Joe Joyce v Michael Wallisch.

The evening’s heavyweight contest is in preparation for British boxing’s Heavyweight super-fight between Daniel Dubois v Joe Joyce rescheduled at the O2 on 24 October.

This will be covered live and exclusively by talkSPORT, together with Dubois’ warm-up fight in August, as the boxing world looks towards the massive showdown and two potential World heavyweight champions.

The live commentary team for the fights include talkSPORT boxing experts Andy Clarke, Gareth A Davies and Spencer Oliver who will cover all the action and the build-up of the event in a Fight Night special from 9pm – 1am on the station.

Frank Warren said: “I’m delighted to be able to bring live boxing to talkSPORT and have talkSPORT partner with us as we make our way towards one of the biggest Heavyweight fights in recent memory: Daniel Dubois vs Joe Joyce.

“Both Daniel and Joe have really tough tune-up fights to get through before that’s a done deal though, and talkSPORT listeners will have the chance to follow every moment from those fights too.

“Joe faces experienced German veteran Michael Wallisch this Saturday, then Daniel will face amateur standout Erik Pfeifer on 29 August. Should everything go to plan, fans will then get the big one – Dubois vs Joyce – on 24 October, live from the O2 Arena.

“This is an exciting time for Heavyweight boxing in this country and I’m happy talkSPORT will be telling that story.”

Head of talkSPORT Lee Clayton said: “talkSPORT has form in delivering the biggest boxing bouts – these rights follow our exclusive coverage of the box office Fury v Wilder rematch in February and our fantastic Fight Night show which comes to life around these major events.

“Watch out for our Fight of My Life series too, including legends such as Barry McGuigan, Johnny Nelson and Nigel Benn selecting and talking through the greatest fight of their careers.

“Our team of boxing experts will engage our legion of fight fans and bring them all the insight, analysis and unmissable action throughout the contests.”