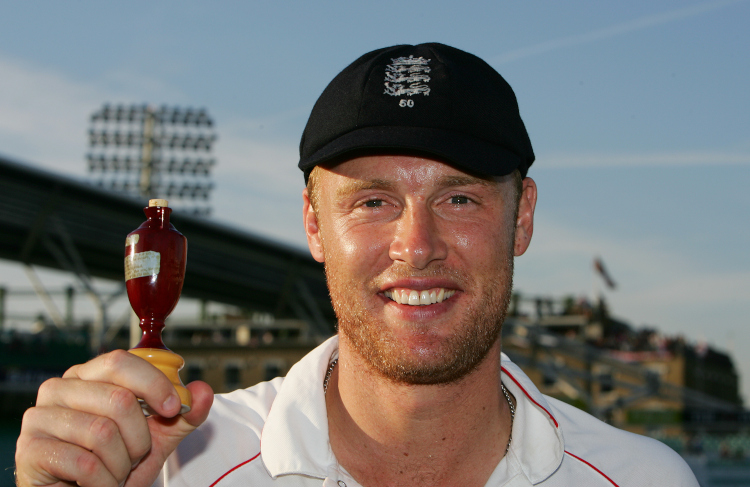 During the show he revealed some things about himself, including his first job when he left school and speaking about his new baby for the first time, saying: “Little Preston was born at Christmas – it is the first time I’ve actually spoke about it, but yeah we have got another baby and it has been nice spending time with him.”

When he left school at 16, Freddie said: “I wanted to play cricket in Australia but mum said no you’re too young, get a job. So, I went to work in Woolworths with my brother – I worked on the record counter and Elvis’ essentials collection came out and it changed my life. The Pick ‘n’ Mixes got me into a bit of trouble, they were a bit too tempting!”

He also spoke of the time he nearly missed the World Cup Final: “I went to the ground and I was sat in the crowd – there was a mix up with tickets, we had four instead of five, and they were scattered all around the ground, I had to have a row with the ticket operator to get an extra one.

“Straight after the game I had to drive my boys to Scarborough to play against Yorkshire the next day and we nearly left half an hour before the end to beat the traffic, but luckily we stayed in there.”

Freddie had some positive words to say about Ben Stokes and was open about struggling with the captaincy, he said: “Ben has the opportunity to be our best cricketer ever. I think he could get even better – I think he could bat number 3. It’s just so nice to see him doing so well.

“When I had a purple patch and had a few good years, I could stand outside pressure from the public and the press but I struggled when I started to put pressure on myself, you put everything on yourself and expect too much – that’s when it started to go wrong.

“The captaincy didn’t help me either. For me I think the thought of it was far better than actually having it. I was involved enough – Michael Vaughan was the captain for most of my career and I was a good right hand man for him – but the captaincy was a bit too much for me. I couldn’t switch off at night- I couldn’t just go home and switch off and watch Coronation Street switch off and come back the next day. As a captain when you’re struggling you can never seem to find the time to sort out your own game.”

The talkSPORT Breakfast Show with Laura Woods, Ally McCoist and Freddie Flintoff airs Mondays to Wednesdays at 6am-10am with Alan Brazil in the chair on Thursdays and Fridays.