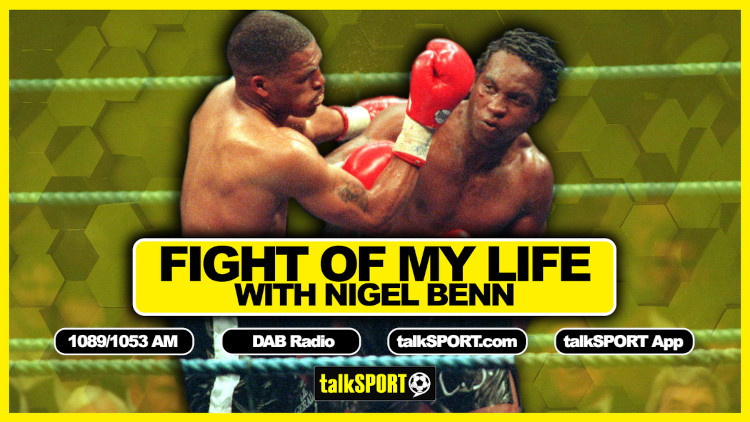 The new series sees talkSPORT boxing regulars Russ Williams and Spencer Oliver speak to legendary fighters about one fight that defined their career.

In the first episode, Nigel Benn discusses his bout with Gerald McClellan who suffered a severe brain injury following the fight.

Benn told the show: “’I didn’t even actually think about his gum shield hanging out. I actually just felt like I was just coming forward like a robot.

“When I came out of the ring, they put me in a room, checked me over, and I remember I went over into his room, and I kissed his hand and I said I’m sorry.

Benn also discussed his church work in Australia and helping people with drug and sex addiction and depression “I would even put it above me winning world titles that’s how much I love the job that I’ve got.”

Other boxing legends interviewed in the series include former WBA and lineal featherweight world champion Barry McGuigan, former WBO middleweight and super-middleweight champion Steve Collins and the longest reigning world cruiserweight champion of all time, Johnny Nelson, as they relive their defining moments in the ring.