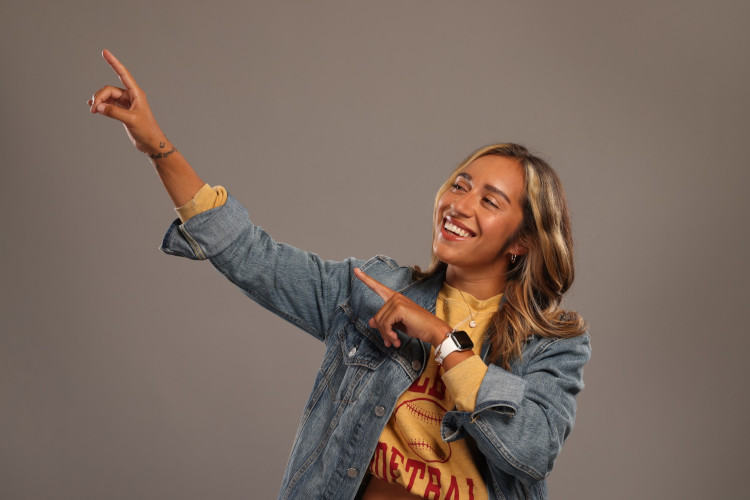 British singer-songwriter, footballer and television presenter Chelcee Grimes is to host talkSPORT’s new series My Unsung Hero where she speaks to a range of footballers about the heroes in their lives.

The new series begins on Sunday 25 April with former Manchester United, Arsenal and France defender Mikael Silvestre, in conversation with Chelcee alongside his wife Sev.

In the first episode, Mikael Silvestre told Chelsee about being in the dressing room after Zidane’s red card in the 2006 World Cup Final. He said: “He was very introverted. But the thing is, you have to realise that before that incident, he’s already collected 10 red cards in his career.

“There were times where he would lose it like a lot of geniuses. You know, they sometimes lose the head, the wires they touch each other in the head. What can you say? You’re not going to tell off God.”

Mikael’s wife Sev said of the abuse her husband received: “I will say the worst one for me was Tottenham, I will never forget that. The abuse that we received, I was like, wow, I remember leaving before the end because I really got scared. But then, you know me, I don’t keep my words in my mouth. So if someone says something, I will turn around and just go tell them. If you’re not happy to watch my husband, go play instead of him, maybe you would understand his life.”

Speaking about her new series, Chelcee Grimes said: “Sitting down with some of the biggest names in football and talking about their Unsung Heroes was such a fascinating process. The series really shows the support you need and celebrates the sacrifices so many make for athletes to succeed at the top level.”

Head of talkSPORT Lee Clayton said: “Chelcee is a real talent and this series is a great listen. We so rarely hear about the people behind the stars and this deeply personal series will shine a light on the heroes behind the footballers we know and love.”

My Unsung Hero airs on talkSPORT at 9.30pm from Sunday 25 April.