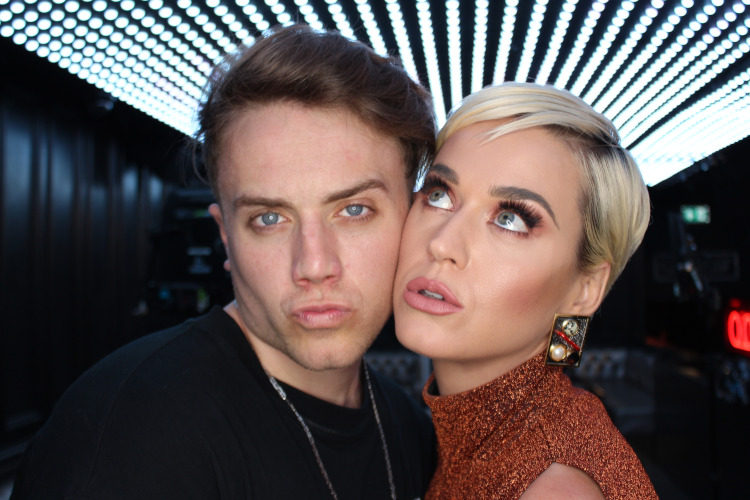 Katy Perry has spoken about Orlando Bloom’s proposal to her when she was a guest on Capital breakfast with Roman Kemp this morning (31 May), saying: “he must have been so nervous”.

Roman asking about the proposal, said: “Legend has it, you were stood on a helicopter pad and the family were there?”

Katy replied: “It was Valentine’s Day and I had to work that day and I just remember meeting him at dinner at this place, at this Italian restaurant. Because when I get, like, a pass I just want to stuff my face with pasta and so I get there and he’s, like, clean shaven, he’s not wearing tennis shoes and I’m like ‘oh something is going down’.

“He must have been so nervous – actually he was, he was going like this [taking deep breaths] – and then I thought I was going somewhere and I wasn’t and then I got on a helicopter and he asked me to marry him and we landed on this building and then went downstairs and my family and friends were there and the most flowers you have ever seen. It’s like, you know when Kanye does that for Kim and you’re like ‘oh my god’? I was like oh my god!”

Roman said that he thought that was “really romantic” and joked: “I really hope Orlando Bloom proposes to me!”

There was another revelation about Orlando from Katy as she said each time he lands in the UK, the first thing he does is to eat a Curly Wurly.

Talking about her music, she told Roman that every time she sings Firework, she has to clench her buttocks to hit the high notes!

Katy also admitted there isn’t really a plan to release a new album soon, but she does have some new music that she wants to start putting out.

You can listen to Capital Breakfast with Roman Kemp, weekdays from 6am – 10am across the UK