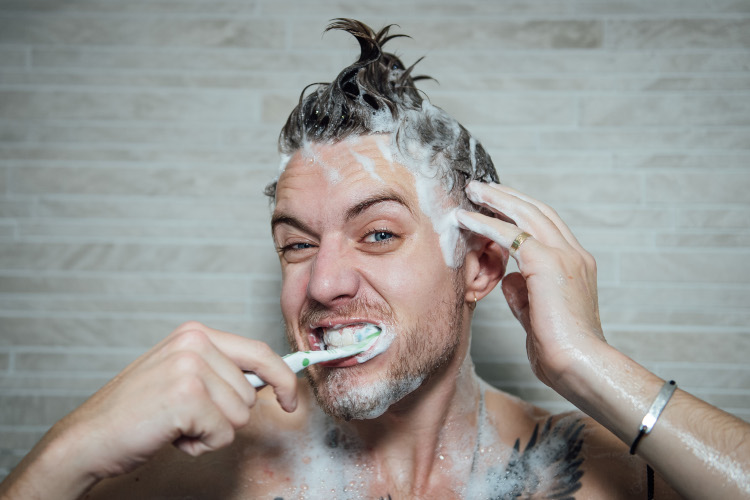 Weekday mornings Roman is in the studio and on our radios before most of us have even got out of bed. In an entertaining new video, the radio host has revealed the life-hacks that save him time each morning.

After waking up at 4.45am, he performs a number of ‘task fusions’ to get him up and out of house on time. The idea of ‘task-fusing’ is to take two seemingly unrelated tasks and fuse them together to save valuable minutes in the morning.

Roman reveals he brushes his teeth in the shower, and sometimes sleeps in his gym gear and always eats breakfast at work to save his valuable minutes.

It’s not just Roman who is adopting ‘task-fusions’ to start their day; new research shows these new time hacking trends are on the rise amongst UK millennials, giving back 52 minutes that are normally lost on daily tasks.

Roman said: “I have the same routine every morning – my alarm goes off at 4:45 and I don’t have long before I have to leave the house. I can’t remember the last time I had a lie-in! Eating breakfast at my desk is just one of the ways I manage to fit everything in. I’m not surprised to see my fellow millennials getting involved in task-fusing either as there’s so much going on these days – it just makes sense!

Apparently many, like Roman, eat breakfast at their desks (70%) and save morning grooming for the daily commute (37%) in order to make more time for friends, family and work.

Check out Roman’s video below: