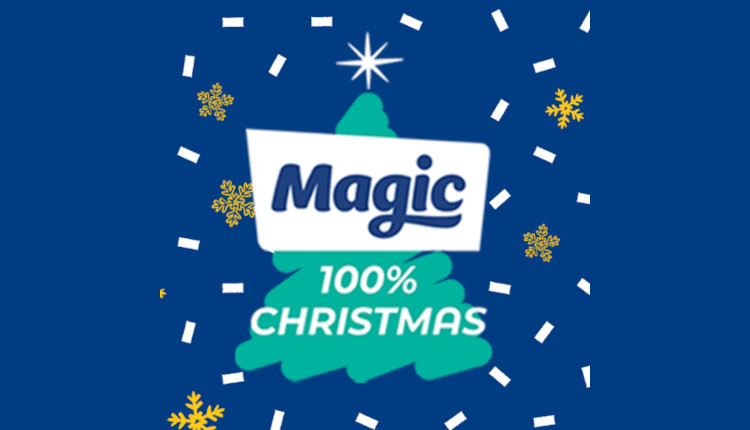 Mariah Carey’s ‘All I Want for Christmas’ reigns supreme as the UK’s favourite festive song taking the title ahead of The Pogues & Kirsty MacColl’s ‘Fairytale of New York’ and Wham’s ‘Last Christmas’.

The votes were cast by members of the public around the UK who visited Magic Radio’s 100% Christmas experience, which has been stopping at different regions across the country to spread festive cheer and highlight Magic Radio going 100% Christmas until midnight on Boxing Day.

The specifically designed Christmas truck has been on tour since November stopping in London, Sheffield, Liverpool, Manchester, Nottingham, Glasgow and Birmingham.

In each city Mariah Carey’s Christmas classic ‘All I Want for Christmas’ was chosen as the number one hit, gaining 33% of all the votes cast.

Festive classic ‘Fairytale of New York’ received 12% of the votes and came in second overall although Glasgow and Sheffield both voted Wham’s ‘Last Christmas’ into their runner up spot.

In the run up to the big day Magic Radio have also been asking guests what their favourite Christmas songs are.

Shane Filan from Westlife: “Favourite song, I’ll have to go with ‘Merry Christmas Everyone’, Shakin Stevens, what a song. It just gets me so happy and so in the Christmas mood”

Ed Sheeran: “I think my favourite Christmas song would be The Pogues and Kirsty MacColl ‘Fairytale of New York’ and I’d say this because I love a cheery Christmas song, I love to dance around and sing to Shakin’ Stevens or Elton’s ‘Step into Christmas’ but what I love about ‘Fairytale of New York’ is it still makes people dance and feel happy but it’s actually quite a miserable song. I love when songs sound happy, but they’ve got this dark undertone to them.”

Kian Egan from Westlife: “So I’m going to go with one that I thought Mark might have picked actually, Mariah Carey, ‘All I Want for Christmas’, because it’s just a classic and you know, I don’t think we’ll ever have a Christmas without this song in our lifetimes. And obviously we love Mariah, we got to work with her a long, long time ago now.”