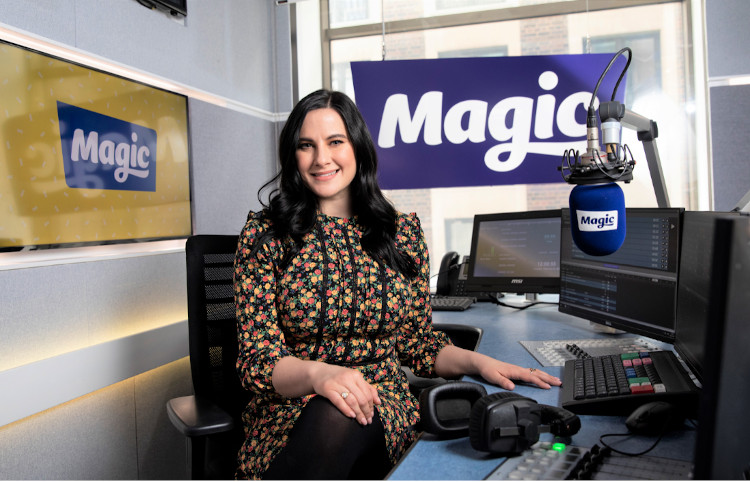 Speaking about her new appointment, Kat Shoob said “I’m so excited to be joining the Magic Radio family from March. With a playlist of some of the greatest relaxing songs spanning recent decades, ‘Mellow Magic’ is the perfect soundtrack for those looking to ease their way into the weekend. I can’t wait for you to join me.”

Kat’s first show will be on Sunday 1 March, with her first Saturday show the following week. On Friday nights, Jim Davis will present ‘Mellow Magic’ 8pm – Midnight in addition to his Sunday afternoon show (1-4pm).

?****EXCITING NEWS**** ?
I am delighted to be joining @magicfm ? catch me on Mellow Magic Sat & Sun nights from 8pm… ? first show this Sunday ?? pic.twitter.com/NuYHbwXwGz