Jungle Radio is a challenge for Kate and Roman 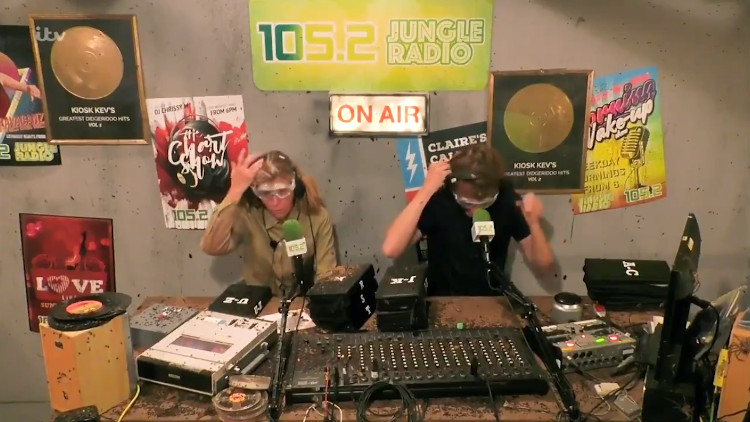 Kate Garraway and Roman Kemp had to rise to the challenge yesterday and present a show together on 105.2 Jungle Radio to win a luxury breakfast for the I’m a Celebrity campmates to enjoy.

As you might expect, the jungle studios were not as luxurious as their Smooth and Capital ones back home!

The studios were a bit smelly and dirty, but in true professional style the pair got their show on the air. Kate opened the show welcoming listeners (the fellow campmates) to “the number one show on 105.2 Jungle Radio.”

They explained that they were running a competition where each question was about a particular date. Listeners had to ring in and say which song was at number one on that date.

Of course, Kate and Roman weren’t alone in the studio, there were plenty of creepie crawlies and even some pigeons to put them off.

Things went really well, as campmates rang in with correct answers, causing Roman to admit: “I’ve never seen a studio buzzing as much as this before, especially buzzing with so many legs!”

At least they ended up with enough for them all to enjoy a luxury breakfast today.

When your dream radio job becomes your worst nightmare… ?

"One of the most extraordinary shows I've ever been involved in." ???

There was also the usual “Letters from Home” feature on the show last night with both Kate and Roman brought to tears.

Kate said her letter from her family: “Was so lovely to hear they’re proud of me.”

Roman couldn’t hold back the tears when the letter from his girlfriend was read out, which he described as “One of the best moments I’ve ever had in my life.”

With two of the four radio stars having left the jungle, the remaining two are doing just great… for now!