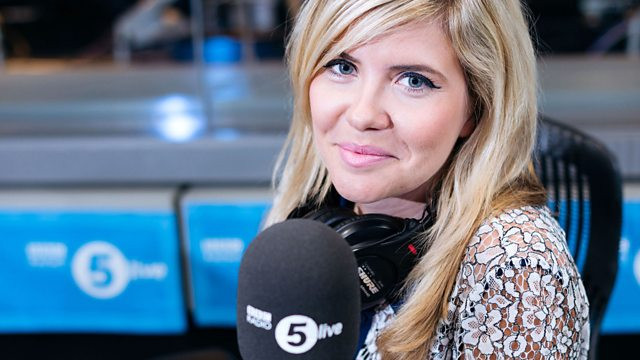 It brings a whole new angle to a radio phone-in when a listener calls to say she’s locked in the kitchen and can’t get out.

That’s what happened on BBC Radio 5 Live yesterday when Emma Barnett took a call from a listener called Chrissie who said that she was stuck in her kitchen because a dodgy door handle. She explained the handle had been like that for about 5 years but had now “completely given up the ghost” and she couldn’t get out.

Emma responded, “Oh no we need to get you out Chrissie, you’re just locked in listening to 5 Live.”

Listeners to the show then began sending in suggestions on how to breakout. They even created a Twitter hashtag, #freechrissie in a bid to help the escape.

One suggestion was from Phil, a locksmith, who recommended cutting up an ice cream tub to use on the handle to break free.

Then, about an hour later Chrissie called back to say she was out! She said to Emma, “I’ve done it, I’ve done it!

“I did it with the ice cream tub but I had to double up and had to put a little bit of cardboard in the middle and then finally, with a lot of wiggling and giggling, it finally opened it.”

George Michael’s Freedom started playing in the background and Emma said that a big thank you should go to Phil for his suggestion. Chrissie answered, “Yes, but I did have to double up the ice cream carton with a bit of cardboard in it, so it has to be firm but flexible!

Emma later tweeted a picture of freed Chrissie celebrating by having a gin with her friends.

?“Have you got your bra and knickers on?”

For anyone following #freechrissie on my @bbc5live show earlier – aka the woman who rang to say she was locked in her kitchen due to a dodgy door and our listeners helped free through some excellent advice- here she is! Safely out drinking gin with mates ? ? pic.twitter.com/LRrIhksGUc