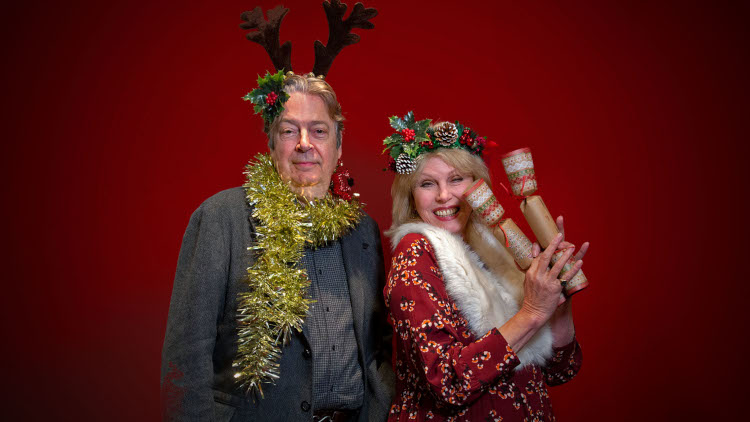 There’s a host of stars and special programmes to hear across BBC Radio and on BBC Sounds this Christmas, including a comedy featuring Joanna Lumley, Tom Daly hosting his own show and John Cleese talking about his life and career.

Also on Christmas Day 10am-12pm Junior Choice with Anneka Rice will play music from Disney to Ernie, Puff The Magic Dragon to White Horses and maybe even a little Baby Shark!

Tom Daley will be making his Radio 2 presenting debut and on New Year’s Eve there are shows from Sophie Ellis-Bextor, Romesh Ranganathan and Michelle Visage.

On BBC Radio 1, Clara Amfo will unveil her Hottest Record of the Year on Radio 1’s Future Sounds; and in The Official Chart on Christmas Eve, Scott Mills unveils the Christmas Number 1.

Big Narstie invites listeners to the ultimate 1Xtra Boxing Day party; and the station brings in the New Year with 12 hours of the biggest tunes from the Noughties hosted by their presenting family.

Asian Network Certified Throwback on Christmas Day, Boxing Day and New Year’s Day will include special mixes and there’s a network takeover from some of 2021’s successful applicants of BBC Asian Network Represents – the station’s biggest ever talent search.

BBC Radio 5 Live has Stacey Dooley with a Christmas Day Special where she’s joined by friends and special guests as they celebrate Christmas Day together and Scott Mills’ today will feature a festive Upside Down Quiz with special guests. There will also be 24 hours of sport content from Christmas night, through Boxing Day, including full live coverage of the Ashes live overnight.

Joanna Lumley and Roger Allam return for more acclaimed comedy in Conversations from a Long Marriage at Christmas again; meanwhile The Archers are set to promenade in The Ambridge Mystery Plays.

Stephen Graham narrates a moving true story in Walking On Jupiter, and Anita Anand charts the efforts of British soldiers to get an Afghanistan interpreter and his family to safety.

A Love Actually edition of The Reunion features Richard Curtis and others; Barry Humphries chats with Miriam Margolyes and Rob Brydon; plus, Sandi Toksvig welcomes guests including Krishnan Guru-Murthy.

BBC Radio 3’s Private Passions: John Cleese on 12 December hears about his life on stage and screen, his fateful early decision not to be a lawyer but try comedy instead, the music that has inspired him, from Tchaikovsky to Scott Joplin and John Williams.

On Christmas Night with the BBC Singers to mark the 21st anniversary of the reintroduction of the role of Royal Harpist, HRH The Prince of Wales joins Ian Skelly to introduce a special performance of Benjamin Britten’s popular collection of carols for harp and voices, Ceremony of Carols.

Local BBC Radio’s Make a Difference campaign has teamed up with Ed Sheeran, Duran Duran and a number of other music stars in a new feel-good campaign, to thank key workers like, nurses, teachers, binmen and more making a difference, in a special week of programmes across England this Christmas.

At 9.00am daily, from Monday 27 December to Friday 31 December, Local BBC Radio is saying thank you to some of the nation’s hero key workers by setting them up to meet and put their questions to their favourite music heroes.

BBC Sounds will have plenty of listening to offer as well such as Christmas podcast specials including Teach Me A Lesson with Ed Sheeran, Tony Bellew Is Angry with Romesh Ranganathan, Pressed, You’re Dead To Me, Uncanny, Building Queertopia and Fortunately… with Fi and Jane.

There will be boxset dramas on BBC Sounds available to binge on including chilling new medical drama SteelHeads starring Jessica Barden.  Also, audiobooks and adaptations such as How To Kill Your Family by Bella Mackie and The Princess Bride by William Goldman and a soundtrack the festivities with music mixes from Charli XCX, Big Narstie, Sophie Ellis Bextor, Nadia Jae, Baby Queen and more.