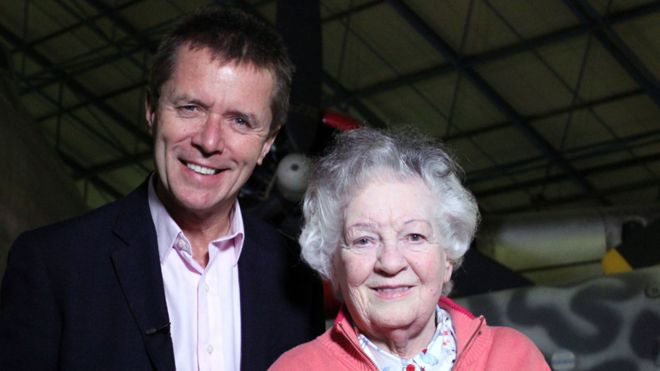 BBC Radio 5’s Nicky Campbell has posted a tribute to his mum on Twitter after she sadly passed away at the age of 96.

Introducing the tribute with, ‘My wonderful mum’, Nicky wrote: “My mum Sheila died yesterday at 96. We made a BBC programme together about her service as a radar operator and she was immensely proud of her role on D Day. Her life’s work was as a social worker helping others.”

Sheila and her husband Frank adopted Nicky in 1961 when he was just four days old. He said: “The day she and Dad adopted me was the day I won the lottery. She doted on her grandchildren and my girls completely adored her. Everyone did.”

He expressed how proud and lucky he felt having her as his mum and how much he is going to miss her.

Sheila was a guest on 5 Live breakfast earlier this year when she talked about her time in the Women’s Auxiliary Air Force during World War Two and how she helped to guide RAF planes to their targets during the D-Day campaign, from where she was stationed at Beachy Head.

Nicky didn’t present his show on 5 Live this morning, but his co-host Rachel Burden read out his statement and said that she’d got to know Sheila through Nicky. She added: “She was an incredible woman and I feel really, really privileged to have known her.

“Nicky will be back at work tomorrow because, as he says, his mum would have said, ‘Of course you should be working, it’s the general election results day.’

“So, he will be here tomorrow. And we just all want to send all our thoughts on to Nicky and the girls and Tina and all his family today. You’re very, very much in our thoughts.”