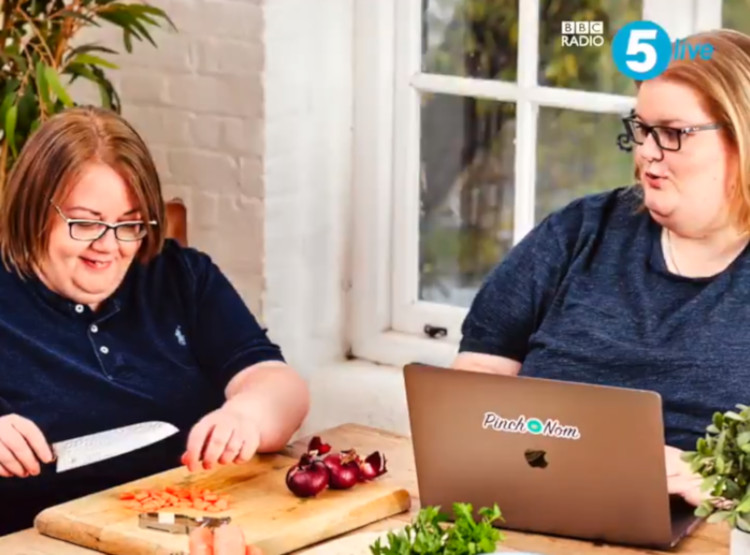 One of the co-creators of a diet cookbook which has smashed records for the UK’s fastest-selling non-fiction book has told the BBC their success is down to the shared experience with their readers.

The Pinch of Nom cookbook by authors and bloggers Kay Featherstone and Kate Allinson sold 210,506 copies in its first three days on sale, which is 45,000 more copies than any other cookbook has shifted in a single week since current records began.

Kay Featherstone told BBC Radio 5 Live’s Emma Barnett their success is due to the fact they are going through the same struggle to lose weight as their readers.

Describing the sales of their book as ‘absolutely incredible’, Featherstone tells Emma Barnett:

“We cook for normal people. We’re on a weight loss journey ourselves. We are in that struggle and we understand how hard it can be.”

The meals in the book are billed as “healthy recipes that don’t taste like diet food”. Featherstone started the slimming blog with partner Kate Allinson, after Kate’s sister nagged them to lose weight three years ago.

“We went to our local weight loss group and we came away kind of shocked that people just didn’t know how to cook,” Featherstone told BBC Radio 5 Live.

“We’d previously had a restaurant – Kate’s a classically trained chef – so we decided to just try to help people. But we never dreamed that we’d get here. It’s crazy.”

Allinson has lost five stone since she started trying, and Featherstone has shed seven stone. Pinch of Nom now has 1.5 million followers on Facebook and 463,000 on Instagram.

Their online followers are also devouring the book. Jamie Oliver previously had the best first week sales for a cookery book for Jamie’s Italy, which sold 155,000 copies before Christmas in 2005.

Explaining the blog’s name, Featherstone tells Barnett: “It is just ‘nom, nom, nom’. Because the food that we make is food that isn’t diet food.”

The secret behind the UK's fastest-selling non-fiction book

A cookbook by the creators of @PinchofNom food blog has beaten Jamie Oliver to smash first week sales record ??