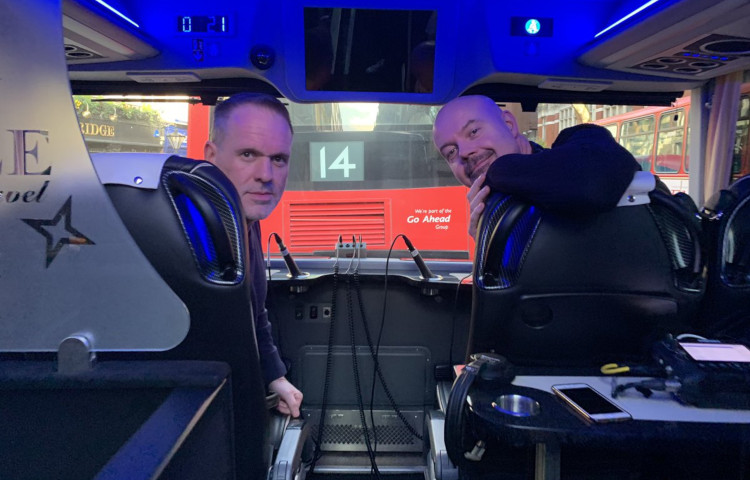 There was a big surprise for Leeds United fan Chris Moyles on his Radio X breakfast show this morning.

He’s been invited by the football club to broadcast his show tomorrow morning on his birthday from their ground at Elland Road.

Chris was picked up by the Leeds United first team coach from the Radio X studios in London’s Leicester Square this morning.

It was obviously a surprise for Chris as he said in a video posted on Twitter: “Wow, I’m blown away. It was a hell of a surprise.”

When he got on the team coach with Domonic Byrne, he had a look around and was amazed it has a kitchenette on board where he found something very special and said, Hey Dom if you fancy a brew, look what they’ve got… only Yorkshire Tea! Love that. They know how to live don’t they!”

Chris and his breakfast show team are travelling to his hometown Leeds on the coach today and will broadcast live from Elland Road tomorrow morning as part of his special birthday show.

We have a VERY VERY special surprise for Chris! ⚽ https://t.co/vLqUih6IBI

The Leed United first team bus has just arrived in Leicester Square as a surprise for Chris Moyles and his birthday show tomorrow!
We’re heading up to Elland Road in 10 minutes! pic.twitter.com/Bylalrb5r0