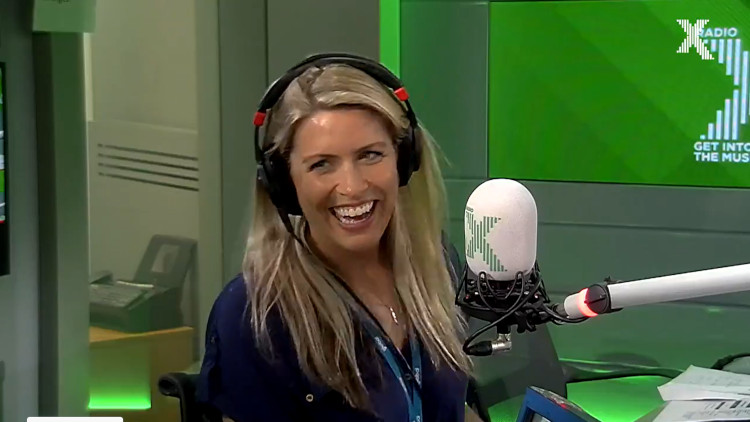 Radio X mid-morning presenter Toby Tarrant has asked his girlfriend Pippa Taylor to marry him and she said yes!

Earlier today (Monday 20 July), Toby posted on Twitter: “This weekend I asked my best mate to marry me…

“She said yes! (She then cried a bit, which I’ve decided to take as a compliment).

“Thank you Pips for not just putting up with my silliness but encouraging it.

“Looking forward to hanging out with you for the rest of our lives.

Toby is the youngest son of Chris Tarrant and has been dating Pippa since July 2017.

This weekend I asked my best mate to marry me…

(She then cried a bit, which I've decided to take as a compliment)

Looking forward to hanging out with you for the rest of our lives ❤ pic.twitter.com/Nk7UrT9Zwd

Pippa is a producer on the Radio X Breakfast Show with Chris Moyles, and during this morning’s show announced to the team that she had some news, but they had to guess what it was.

She gave them three clues, one of which was a clip from “Let’s Get Married” by The Proclaimers. Chris asked if it was her news and had she got engaged?  Pippa answered: “Yeah”.

Surprised, Chris exclaimed: “Oh my god, you’re engaged! You’ve got a ring.” He then asked how it happened.

Pippa explained that Toby had asked her a few hours after she’d posted about their three year anniversary of being together. She told the team that he’d put on their favourite record and she got up to dance with him.

She said: “He then stopped and stood back and then he said Pippa Taylor…”

Chris asked: “Did he get down on one knee?”

“Yeah,” Pippa answered and continued: “You could have knocked me down with a feather.”

She admitted that she cried a little bit and Chris quipped: “I’m not surprised, you’re marrying Toby!

“Oh my god, Chris Tarrant’s going to be your father-in-law!”

Pippa then revealed what Toby had said to her when he proposed: “He said something along the lines of I want to spend the rest of my life looking at your goofy face!”