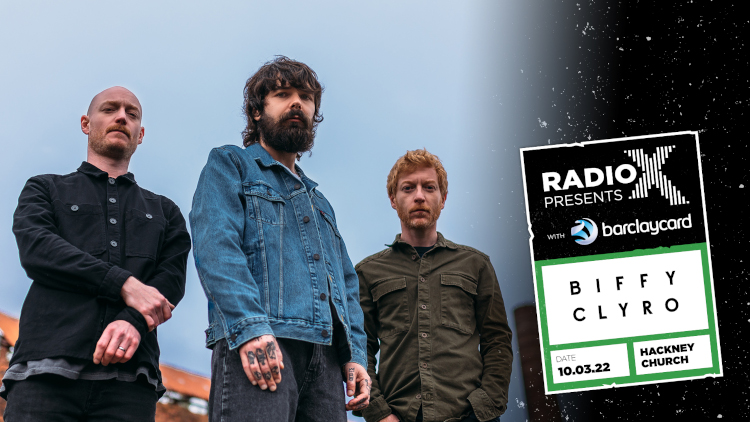 The acoustic performance of Radio X Presents Biffy Clyro with Barclaycard in Hackney Church, which was postponed last month because of the coronavirus situation, has now been rescheduled.

Biffy Clyro released their latest album in October, The Myth of The Happily Ever After, a homegrown project that represents a rapid emotional response to the turmoil of the previous year.

The Myth… followed the band’s internationally acclaimed and third UK number one record A Celebration of Endings, released in 2020.

In what will be one of the first live performances of tracks from The Myth of The Happily Ever After, the intimate acoustic gig will see the band in a unique, stripped back setting following a summer of explosive large-scale outdoor shows and autumn’s intimate Fingers Crossed Tour.

The rescheduled date is Thursday 10 March and all tickets purchased remain valid (age 14+, under 16 must be accompanied by an adult aged 18 or over).

Speaking about how much the gig means to the band, Biffy Clyro’s Simon Neil said: ‘We’re delighted to be playing an acoustic show for Radio X in Hackney Church… a special venue for a special show.’

Radio X’s Toby Tarrant will host the gig. Highlights from the show will be available exclusively on Global Player and the station’s social platforms, from Sunday 13 March.