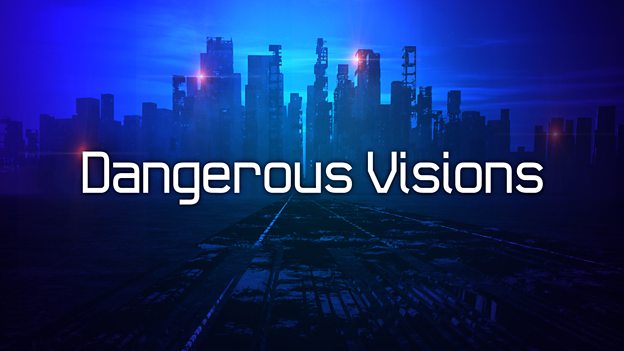 The season brings listeners the most disturbing and unsettling dystopic fiction – whether it is brand new visions of the near future, or classics reimagined.

Jeremy Howe, Radio 4 Commissioning Editor for Drama & Fiction, says: “When we started Dangerous Visions several years ago the intention was to do science fiction, but since then it can feel like the world is catching up with the future musings of the best sci-fi writers, and some of the dystopic imaginings of Dangerous Visions can feel alarmingly close to home.

“The wonderfully bold First World Problems is inspired by what it must be like to be an ordinary family caught up in the tragedy that is the Syrian civil war – but transplanted to a civil war happening in Britain now. It is real, it is gripping and it is a truly terrifying Dangerous Vision.”

First World Problems, a five-part afternoon drama written by Martin Jameson, is the centrepiece of this season. The drama imagines the next British civil war, told from the viewpoint of the Fletchers: an asset-rich, cash-poor middle-class family from the North West of England, trying to love and look after each other as the UK dissolves into conflict, in a not very distant future. Jameson meticulously researched the story by consulting a range of experts, including civil contingency planners, defence analysts and conflict response experts, as well as a host of BBC correspondents and someone with first-hand experience of the Balkan conflicts of the 1990s.

Starting the season on 4 June is Louise Erdrich’s new novel Future Home Of The Living God, set in a world in crisis. Evolution has gone into reverse. Fewer babies – or their mothers – are surviving to full term, and of those babies born, many have been identified as belonging to a more primitive species of human. As governments take drastic action to limit the catastrophe, there has never been a more dangerous time to be having a baby. Read by Cherrelle Skeete.

Another recently published novel, Shadowbahn, is the first dramatisation of Dangerous Visions on 9 June. Written by Steve Erickson and adapted for radio by Anita Sullivan, Shadowbahn is set in 2021 – and The Twin Towers have reappeared. Dubbed by reporters on the scene in South Dakota as an “American Stonehenge” they immediately become a pilgrimage site and a 15 year-old and her brother begin a road trip across a divided and dangerous America. The cast includes Mike Iveson, Antu Yacob, Robbie Tann and Patch Darragh.

On 10 June is Jonathan Holloway’s dramatisation based on Dostoyevsky’s novella The Double, about a man driven to madness when his life is usurped by a doppelganger.

Three more specially-commissioned dramas feature in Dangerous Visions this year. The first is Speak, by Philip Palmer, a dystopian love story about the power of language. Set in a near future where the language spoken is Globish – a version of English which has been reduced to just 1,500 core words (and a real language developed in 2004 as an international means of communication), Speak stars Pippa Haywood and Andrew Gower.

Forward Presence is a drama inspired by the recent UK-Russia tensions written by Hugh Costello, whilst Freedom, by award-winning playwright Gary Owen, examines the difficulty of being who you really are in a society that has abandoned tolerance. Set in the near future, Marian tries to protect her son Jamie from the consequences of a new Freedom Law that has licensed both the freedom to say what you like, however hateful, and the right to take offence. Starring Suzanne Packer as Marian.

Here’s when you can hear them:

Shadowbahn
9 June at 2.30pm-3.30pm
Produced by Judith Kampfner and Steve Bond
A Corporation for Independent Media production for BBC Radio 4