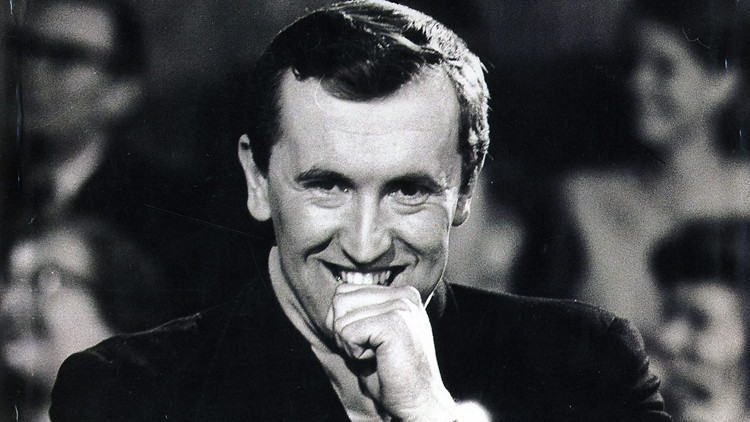 A series of eight David Frost interviews including Elizabeth Taylor, Mohammed Ali and The Beatles that were rediscovered by his son Wilfred are to be aired on BBC Radio 4, plus a ninth episode with Lauren Bacall and extended versions of each episode available on BBC Sounds.

David Frost was renowned for getting people to open up and reveal their innermost thoughts. He interviewed some of the most compelling figures during his career spanning six decades, including those who have defined what it means to be a celebrity.

After David’s death in 2013, his son Wilfred began looking the interviews that had been lost. Among the thousands of tapes containing well over ten thousand interviews, he found in-depth discussions between his father and some of the most celebrated entertainers of all time.

In The Frost Tapes: The Entertainers, Wilfred rediscovers his father’s interviews with an A-list line up of musicians (Elton John, The Beatles, and Andrew Lloyd Webber), entertainers and political activists (Sammy Davis Jr., Muhammad Ali, and Jane Fonda) – plus Hollywood stars (Michael Caine, Elizabeth Taylor, and Lauren Bacall). David Frost sat down with these stars multiple times across decades covering their entire lives.

Wilfred, who followed in his dad’s footsteps as a broadcast journalist, uncovers how he was able to craft deeply revealing interviews with everyone he encounters.

Wilfred Frost said: ‘It has been a privilege – both as Dad’s son and as a journalist – to rediscover and restore Dad’s work. It never ceases to amaze me how brilliant he was at what he did – regularly and repeatedly getting the most famous people in the world to open up as if they were in the privacy of a confessional booth.

“As it happens, many of these conversations have been private for too long – I am delighted to share them with the world once again.’

Rhian Roberts, Commissioning Editor, says: “This is a set of very special conversations, warm, intimate and revelatory. David Frost is the absolute master of the interview; it’s a treat to hear him in the company of such stellar guests.”

The Frost Tapes will be broadcast weekly at 11:30am on Radio 4 from Monday 8 August. A ninth episode with Lauren Bacall, plus extended versions of each episode, will be available on BBC Sounds.