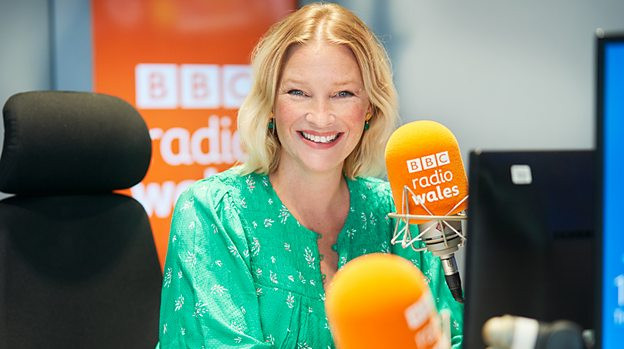 Starting 18 October, Sunday Morning With Joanna Page will be the first time the actress has tried her hand at radio.

Speaking about the new show, Joanna said: “I’m really excited about my new series on Radio Wales and look forward to just gossiping. Because the Welsh talk like nobody else. You can expect lots of good music, a sprinkling of showbiz, interesting stories and lots of gossip and chat.

“I’ve never done anything like this before, but we all know I’m a bit of a talker! I’m just going to imagine that I’m chatting to my best friend. You don’t know what I’m going to say – so you better tune in and listen!”

Gavin & Stacey has defined her career and the actress, who is from Swansea, says there are similarities in her and Stacey’s personalities.

Joanna says: “I think listeners will probably hear quite a lot of Stacey. I think we’re similar. I don’t think I’m as naggy – although my husband will say the opposite – and I think I’m more laid back.

“I don’t worry as much about stuff, but let’s be honest – we sound exactly the same. When I first got the script for Gavin & Stacey, I read it and thought, oh my gosh, that’s me. So people might think they’ve got Stacey on the radio!”

Sunday Morning With Joanna Page will run for six weeks from 9.30am each Sunday on BBC Radio Wales.

Editor of BBC Radio Wales Colin Paterson says: “I can’t wait to hear Joanna’s voice on Radio Wales. She’s a well-known, much loved character and her fun, warm, chatty personality is going to be the perfect tonic on a Sunday morning.”