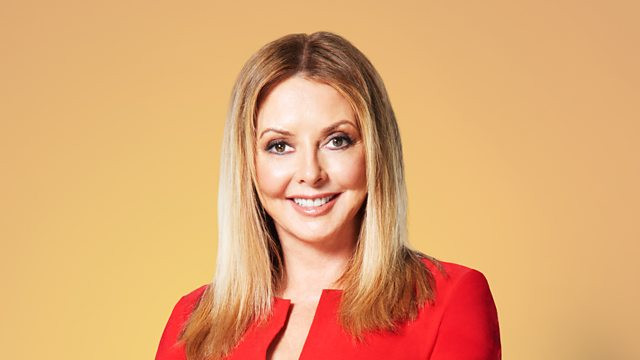 Carol Vorderman was upset at paparazzi taking pictures of her as she left her home in Bristol this morning to drive to Cardiff to present her weekend show on BBC Radio Wales.

Today marks the first anniversary of Carol presenting her show, which is on-air every Saturday 11.30am to 1.30pm, on the station.

Posting on Twitter, Carol said: “So when I walked outside of my front door this morning  I was greeted by two not nice  paparazzi….who had turned up at the BBC last week and I went in by a side door to avoid them, so they decided to harass me at home instead.

“I came out of my house to go to my car first, saw them and said “you’re harassing me”. They were then after the “cross Carol” pic. I went back inside to have a think and so I filmed them. There’s one nice pap in Bristol who is respectful. Not these two. It frightened me tbh.

“And so I’m asking all newspapers never to use the shots from this morning by these two lowlife. If you do, then you are merely perpetuating their income and they will harass me more. Thank you.”

Carol tweeted a video of the pair as they were taking photos and later while driving to the BBC Radio Wales studios, had to pull over. She posted an emotional video which showed how upset she was.

She said: “I’m on my way to Cardiff to do my radio show and I’ve pulled over and put the engine off. I’s really upset me and I don’t normally… you know. I hope nobody uses the photographs, that’s all I’m saying. Thank you for listening.”

Carol said that she will be reporting the incident to the police although she doesn’t expect they’ll be able to do anything about it. She added that it isn’t their fault because they have bigger things to think about.

I will report the two paparazzi to the police later. I don't expect they will be able to do anything (not their fault and they have bigger things to think about) but at least then it's logged
Meanwhile….chin up ❤️❤️❤️ and thank you for yr kind messages. They mean a lot ? pic.twitter.com/rjza8DDn3r

The video received hundreds of comments in support, with almost all of them including a heart emoji.

Carol then continued to BBC Radio Wales to present her show and celebrate its first anniversary.