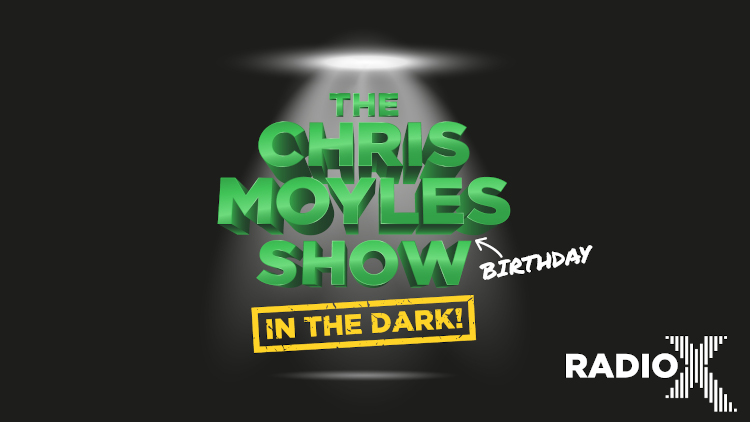 Chris Moyles will attempt to host his Radio X show in complete darkness as part of his birthday celebrations.

In what’s believed to be a world first, Moyles, who celebrates his birthday on Sunday, will try to broadcast his radio show this Friday (21 February) from a surprise location in London in the dark.

In addition to Chris, the show will also feature mystery guests and even a performance.

The only light allowed into the room will be from the flash of a polaroid camera and Chris will be allowed to take five photos throughout the show to help him try and identify mystery guests and the location of his surroundings.

Radio X listeners will be able to watch the show in night vision via infrared cameras which will stream live on The Chris Moyles Show on the station’s Facebook page.

When Chris was told this morning during his breakfast show that his team had arranged for him to do his show in the dark, he apprehensively told his listeners: “So this year as a birthday treat for me we’re doing the show in somewhere that’s pitch black?

“I’m missing where the treat element is for me here. What a crazy thing to do. Maybe there is a reason this has never been done before!”

This Friday we're trying something NEW!

The Chris Moyles Show Birthday in the Dark!

We'll be broadcasting from one of the darkest locations in the UK and Chris won't be able to see ANYTHING.

They'll be surprises, but only you watching on the infrared cameras will see! pic.twitter.com/ADg64Fujpe

You’ll be able to hear The Chris Moyles Birthday Show on Radio X this Friday from 6:30am – 10am and follow it on the station’s Facebook page.