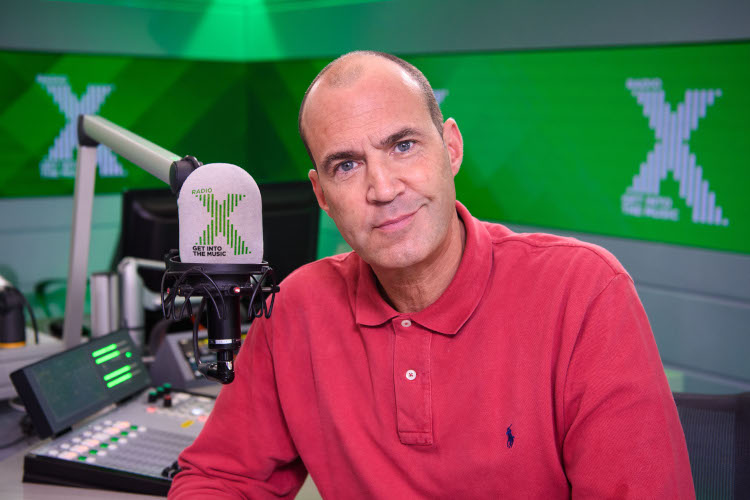 Radio X Drivetime presenter Johnny Vaughn took a trip down memory lane on Tuesday as he revisited the Big Breakfast House at Lock Keepers Cottages for the first time in 19 years.

Johnny, who was host of the Channel 4 show from 1997 until 2001, revisited the famous East London house with Radio X and ITN for ITV London News. As he toured the house, which is now up for sale at £5.7million, he reflected on his favourite memories from the much-loved show, including the time David Bowie joined the crew as the show’s soundman.

On the Christmas show, Johnny explained that he was sitting there, when suddenly he saw a person holding a sound boom over the crew and it was David Bowie. “He just wanted to be our soundman for the day and join in and be shouted at like everyone else, it was just absolutely mad,” he said.

There was also the time Tom Hanks was being interviewed in the shed (which is now a herb garden) when he attacked Johnny with some spray paint, but he also sprayed the shed with his signature.

“Probably on this spot as well actually,” Johnny remembered, “Tom Hardy won the Find Me a Model Championships. Something that he’s still very bitter about today, saying that Denise and I “snubbed” him afterwards and didn’t perhaps give him all the credit he deserves for winning a nationwide modelling competition. But there we go, well done Tom,” he joked, giving a little wink!

Other memories included Deep Purple opening the show by setting fire to a boat on the canal to create ‘smoke on the water’, the Carl Cox’s rave tent, which one week had to be cancelled because Carl had been out for a really big night, and Curtis Stigers getting the cupboard but the crew forgot about him so he stayed in there for all of the show. 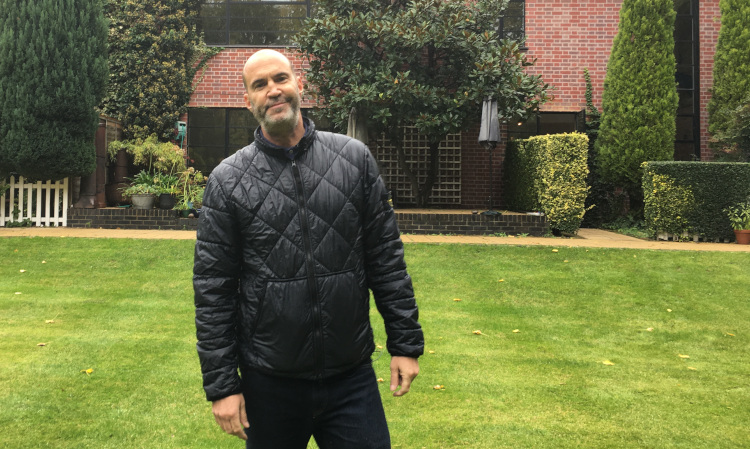 Of all his memories, Johnny says David Bowie being a soundman is his favourite. Looking at the house as it is today, made the visit emotional for Johnny: “So many great memories, but it’s kind of hard to connect it with the house that’s here now because it’s just so beautiful and so enclosed.

“Being here today reminds me a bit like when I drove past a school I used to go to and the woodwork and metal work-shops have now been turned into these quite luxurious properties, they’d been converted, and I get the same sense that in both this building and that building, places where perhaps we weren’t meant to have that much fun, but we really did. So, quite an emotional visit, in its way.”

Tune into Johnny Vaughan on Radio X, weekdays from 4 – 7pm