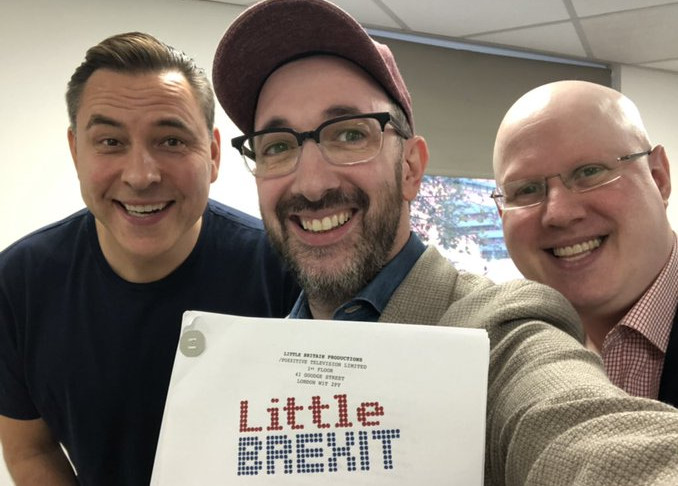 Little Britain fans will be glad to hear that Matt Lucas and David Walliams are teaming up for a special edition of the show on BBC Radio 4 where the original programme was first broadcast almost 20 years ago.

The special edition will be called Little Brexit and it will be the first time the pair have worked together in almost 10 years.

Little Brexit will air on BBC Radio 4 on Thursday 31 October and will feature many of Matt and David’s much-loved characters including Dafydd, Vicky Pollard, Emily Howard, Marjorie Dawes, Mr Mann, and Lou and Andy.

The programme will show how the Brexit debate is impacting their lives. Original cast members Ruth Jones and Anthony Head, as well as narrator Tom Baker will also feature.

Sioned Wiliam, Commissioning Editor for Radio 4 comedy, says: “Matt Lucas and David Walliams are uniquely talented writers and performers as well as one of the UK’s most loved comedy duos. It’s a privilege to have them back on Radio 4, where Little Britain first began almost 20 years ago.”

Little Britain can be heard on BBC Radio 4 this Thursday at 6.30pm.