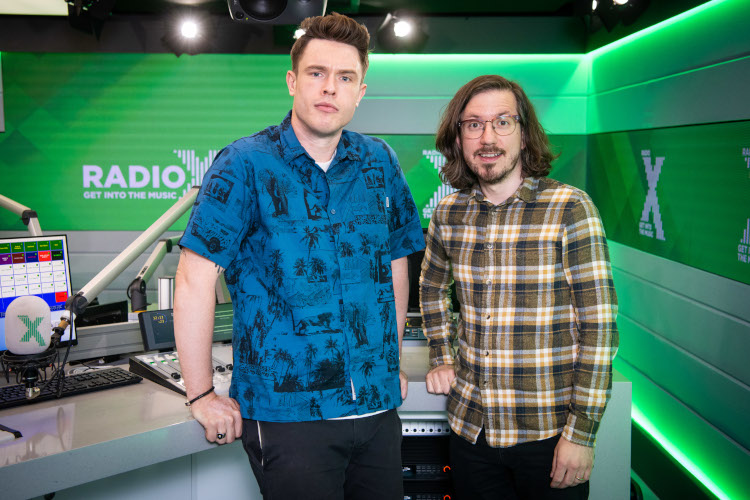 Comedians Ed Gamble and Matthew Crosby are teaming up to host a new Sunday morning comedy show on Radio X.

Ed Gamble is a stand-up comedian, podcaster, writer and actor. He’s a regular on ‘Mock the Week’ and his other appearances include ‘Live At The Apollo’, ‘8 Out Of 10 Cats’ and ‘Conan’.

In 2014 he won a prestigious Chortle Award for Best Compere and is currently on his largest nationwide tour to date, ‘Blizzard’, which sold out its entire run at the Edinburgh Fringe Festival last summer.

Comedian, writer and stand-up Matthew Crosby’s TV appearances include ‘8 Out of 10 Cats’, ‘Never Mind the Buzzcocks’ and ‘Animal Antics’.

He’s also worked on shows including ‘The Last Leg’, ‘Stand Up to Cancer’, ‘Mock the Week’ and ‘Have I Got News for You’.

Matthew Crosby said: “I’ve always wanted to know what 8am on a Sunday looks like, and what better place to find out than the studios of Radio X? I cannot wait for Ed and I to demonstrate the ‘3 Golden Cs’ of broadcasting: Chatting, Chuckling and Churning out the hits.”

Ed Gamble said: “Although I agreed to this under the misapprehension that it was 8pm and not 8am, I’m still very excited to start doing a show on Radio X with Matthew. Providing he doesn’t run with his stupid idea about the ‘3 Golden Cs’.”

Ed and Matthew’s new show on Radio X will air every Sunday from 8am – 11am, starting this Sunday 9 June.