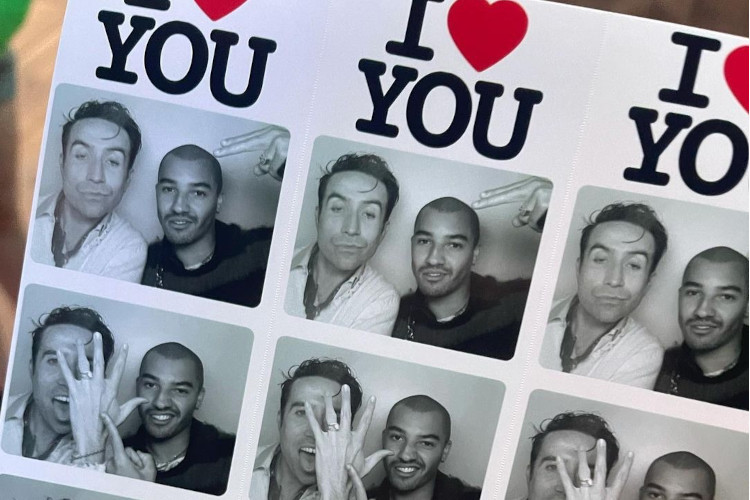 The pair have been together since 2018 and last night Nick made the announcement of the engagement on Instagram. He posted a series of photobooth snaps of the two of them with the ring, adding the caption: “And in gay news this evening….got proposed to, said yes obvs.”

The news prompted thousands of well wishes from fans and friends.

Among Nick’s former Radio1 colleagues who commented were Scott Mills, who posted: “Amazingggggg xxxxx”, Chris Stark said: “Aww amazing news!!!! What a wedding this will be man. So happy for you both xx” and Clara Amfo wrote: “Bring on the wedding of the century!!!!!!!”

When Nick and Meshach were first seen together four years ago, a source told The Sun: “Nick has found dating quite tough in recent years because of his job.

“But he met Mesh a few months ago and although it’s still early days they are really enjoying their time together. They are taking things easy and not putting any pressure on anything.

“Nick really likes him, and his friends are thrilled he has found someone who makes him happy.”

Nick left Radio 1 last August after 14 years at the station and has recently written a book, Soft Lad, which tells the story of his childhood in Oldham and his rise to fame at Radio 1, it’s due to be released later this year.