Nick Grimshaw to host a new podcast with Angela Hartnett 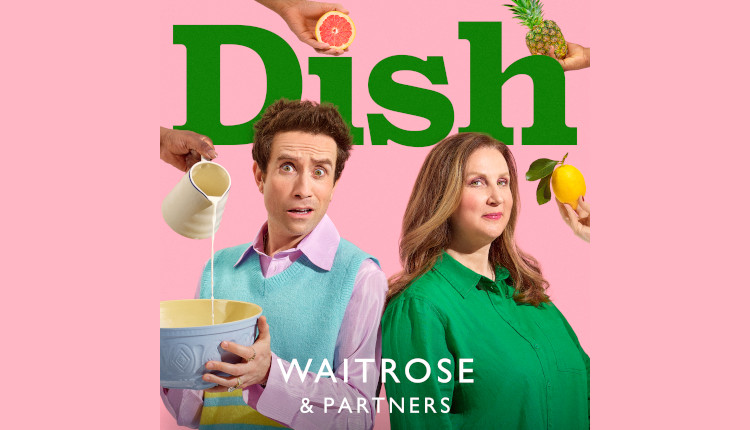 Each week in Dish, the pair invite listeners to “pull up a seat at the table for delicious food, drink, and unfiltered, hilarious chat” with some special guests.

Former Radio 1 host, Grimmy, who put his novice cooking skills to the test on The Great British Bake-Off last year, will stick to serving the drinks and interviewing the special guests, while Michelin star chef Angela will be making and serving dishes, sharing tips, and recommending Waitrose recipes,

Filmed clips from each episode will be available to watch via the official Waitrose YouTube channel.

Nick says: “I’m well excited about hosting this new podcast with Angela – one of my food heroes. It’s going to see us doing what we do best, hosting dinners, serving drinks, and chatting for eternity. It’s going to be a lot of fun.”

Angela, who has worked with everyone (both on and off screen) from Gordon Ramsay to Mary Berry added: “Working with Nick on this has been hysterical, I spend the whole time laughing. What’s not to love about cooking, eating, drinking, and chatting with our dream dinner-party guests? I hope everyone enjoys it; as much as we did recording it.”

Waitrose Customer Director, Martin George says: “We’re delighted to launch Dish, our brand-new podcast, and welcome our two new hosts, Nick Grimshaw and Angela Hartnett OBE.  The new series will see the pair chatting to some wonderful guests, while enjoying delicious food and we can’t wait for people to hear it.’’

Produced by Somethin:Else, Dish will be available from 8 June on all platforms including Apple and Spotify.