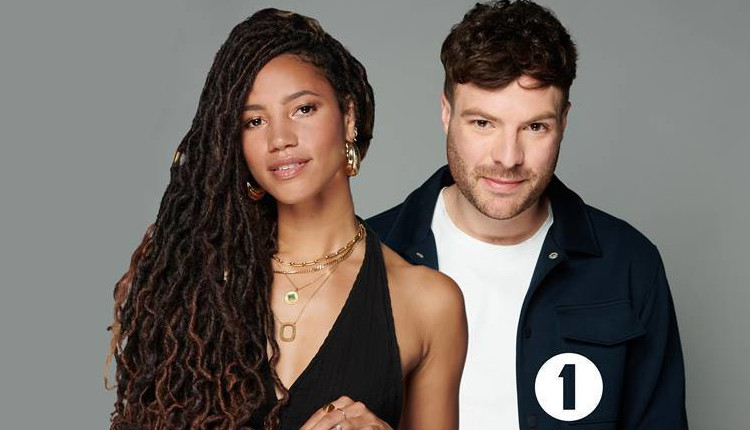 At the start of his Radio 1 show this afternoon, Nick Grimshaw told his listeners that he’s decided to leave the station after 14 years.

The news of his departure had been reported earlier by The Mirror, which also revealed that Vick Hope and Jordan North would be taking over the show.

Sharing the news of his departure with his listeners, Grimmers said: “Some news I can finally share after giving it some thought for a while….I have decided that after 14 years on air it’s time for me to leave Radio 1. I have truly had the time of my life. But now is time for a change.

“My childhood dream was to work on Radio 1 and I have been lucky enough to make that dream come true. It has been everything I’d imagined and even more.

“I grew up wanting to connect with people and to feel accepted and the Radio 1 listeners gave me that and let me be part of their daily life, for which I will be eternally grateful. But over the last few months I’ve been doing a lot of thinking about my future and after 14 years, I’ve made the decision that it’s time for me to move on – I’d like to thank the listeners as without them none of this could have been possible and the Radio 1 family, who have been such a huge part of my life. Thank you thank you thank you.”

Some news I can finally share after giving it some thought for a while….I have decided that after 14 years on air it's time for me to leave Radio 1. It was my childhood dream to work here and I have truly had the time of my life. But now is time for a change ✨

Nick took over the Radio 1 Breakfast show in 2012, replacing Chris Moyles and staying in the slot until 2018 when he took over the Drivetime slot from Greg James.

Vick joined the station in 2020 after dominating the TV and Radio industry with presenting roles across MTV, ITV, Channel 4 and as co-host on Capital Breakfast. As well as taking on the drivetime slot, she will continue to present Life Hacks (Sundays, 4 – 6pm) and The Official Chart: First Look (Sundays, 6 – 7pm) alongside co-host Katie Thistleton.

“I love Radio 1 so, so much, having grown up tuning in religiously every single day, it means the world to be taking the reins at home-time with the phenomenal Mr North.

“Grimmy is an absolute legend of the game, thank you mate for every laugh you’ve sent rippling through the country! Taking over Drive is a task we won’t be taking lightly, but Jordan and I are ready to put our all into making your journey home that little bit brighter.”

Thank you @grimmers for every laugh you’ve sent rippling through the country, @jordannorth1 & I have massive shoes to fill & can’t wait to get to work hopefully making your journey home a little brighter!

Massive thanks to @ahj and all the team at @BBCR1, this means the world ? pic.twitter.com/HTL6Tin10o

Jordan North says: “I am absolutely chuffed to be making the move over to Radio 1 daytime and even happier to be working alongside Vick. Grimmy is a Radio 1 legend so we definitely have big shoes to fill but will work extremely hard to make sure afternoons on Radio 1 still sound superb. I am super excited to get started and look forward to this next chapter with Vick and the rest of my Radio 1 family.”

Ok so erm…I have some pretty exciting news…from September I’m going to be presenting Radio 1’s drive time show with the brilliant @VickNHope!

We have massive shoes to fill taking over from Grimmy but I’m super excited and look forward to this next chapter with Vick and @BBCR1 pic.twitter.com/CwbIBjzS4D

It was also announced that Dean McCullough will permanently join Radio 1 to host a brand-new weekend show (Friday – Sunday, 10:30am – 1pm). Dean was given his first opportunity to host on Radio 1 over the 2020 festive period as part of Radio 1’s Christmas Takeover where 33 new DJs and presenters were given a once in a lifetime opportunity to broadcast on the station. He has since hosted Friday Early Breakfast.

Dean’s first show will be on Friday, 10 September, broadcast from Salford. It will be the first Radio 1 programme to move out of London as part of the BBC’s Across the UK plans, announced by the Director-General earlier this year.

Dean McCullough says: “When I applied for the Christmas cover gig in December I didn’t think for one second that I’d get it never mind landing my own show 6 months later, I’m absolutely buzzing. So let me get this straight, we get to hang out every weekend, cause absolute CHAOS and party to all the biggest Radio 1 anthems? That’s iconic!

“This one’s for my people in Manchester and my wee country of Northern Ireland, we did it!”

In addition to these changes, Victoria Jane, who was also took part in Radio 1’s Christmas Takeover, will launch a new show – ‘Radio 1 Future Soul’. It will be a blend of R’n’B, Neo-Soul and all related genres from across the UK, influenced by the musical scene from the North, and broadcast from Salford.

Victoria Jane says: “I honestly can’t believe I am now a presenter on Radio 1. I don’t think it will ever sink in, it’s honestly a dream come true. I’m so happy to be another northern female voice on the BBC and to be hosting a show that I dreamt of as a little kid is honestly a fairy tale!”