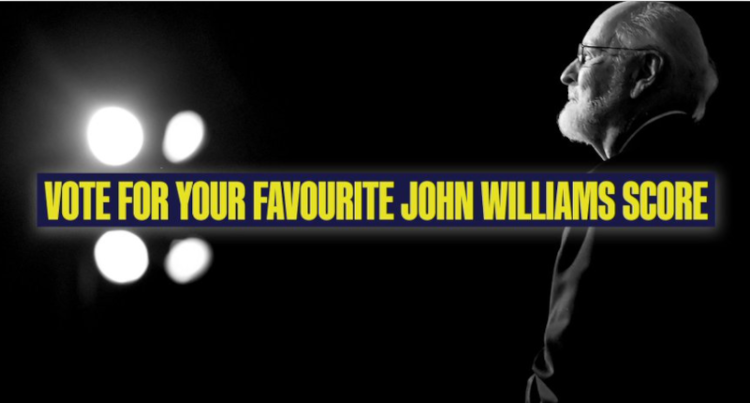 Crowned number one in the vote was the iconic soundtrack for the film E.T. The Extra Terrestrial. Released in 1982, the film was directed by Steven Spielberg, with music composed and conducted by John Williams. The score was the fourth in history to accomplish the feat of winning the Academy Award, Golden Globe Award, Grammy Award, and BAFTA Award.

The 1993 historical film Schindler’s List took the runner up spot. Also directed by Steven Spielberg, the original score features a solo by famous violinist Itzhak Perlman. The album also won the Academy Award for Best Original Score, the BAFTA Award for Best Film Music, and the Grammy Award for Best Score Soundtrack for Visual Media along with a Golden Globe Award nomination.

Jurassic Park came in at number three, with Jaws at number four and Star Wars: A New Hope (Episode IV) at number five.

The top 10 features six of John Williams’ collaborations with Steven Spielberg including the top three along with Jaws, Raiders of the Lost Ark and Close Encounters of the Third Kind. In total Williams and Spielberg have collaborated on 28 films together with Spielberg as director.

The full top ten are listed below. Scala Radio will be revealing the top ten tomorrow across the day from 10am.

To celebrate his birthday Scala Radio has also launched a new Premium station called Celebrating John Williams to continue the celebrations across the year.