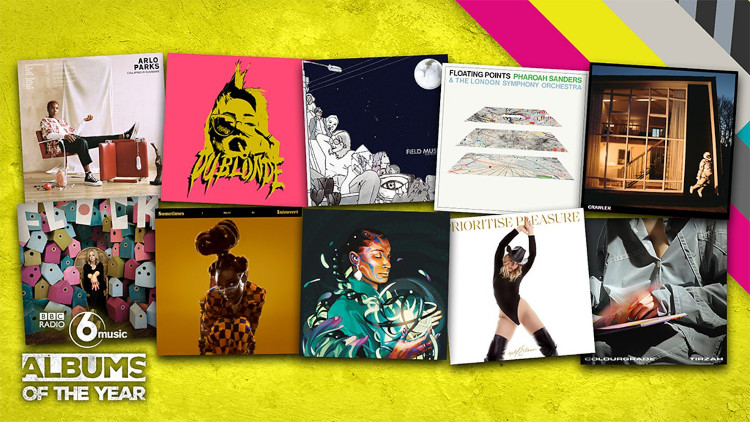 Earlier today, Lauren Laverne announced on her BBC Radio 6 Music breakfast show that Little Simz’ album Sometimes I Might Be Introvert is the station’s Album Of The Year – as voted for by 6 Music presenters.

Lauren also revealed the other albums which have made the Top 10 6 Music Albums Of The Year 2021. The list, which includes releases from artists including IDLES, Jane Weaver, Self Esteem and Nubya Garcia, reflects the broad mix of musical genres that are championed by 6 Music.

Little Simz says: “A big thank you to BBC Radio 6 Music for choosing my album Sometimes I Might Be Introvert as Number 1 on your Top 10 Albums of the Year. I’m super grateful for all the love and support!”

Lauren Laverne says: “I’ve been a huge fan of Little Simz over the last few years and have had the privilege of speaking to her about her work on several occasions, on 6 Music.

“When I heard Sometimes I Might Be Introvert earlier this year, I fell in love with it immediately and knew it was going to be the stand out album of 2021 for me.

“I’m thrilled that it captured the hearts of other 6 Music presenters too. Congratulations to Little Simz on another fantastic record.”

Rapper, singer and actress Little Simz released her first album, A Curious Tale of Trials + Persons, in 2015. Her second album, Stillness in Wonderland, followed in 2016. Her 2019 album, Grey Area, won Best Album at the Ivor Novello and NME Awards in 2020 and was nominated for the Mercury Music Prize.

Sometimes I Might Be Introvert was released in September this year. On 6 Music, Little Simz performed her first live session on Mary Anne Hobbs’ show in 2019 and that same year, she appeared at the 6 Music Festival in Liverpool. She has also hosted her own shows on the network, including Wise Women – Little Simz in December 2019 and standing in for Iggy Pop in July 2020.

The remaining Top Ten 6 Music Albums of the Year 2021 are as follows:

A special programme, 6 Music’s Albums Of The Year 2021 – which will feature BBC performances and appearances from all artists in the Top 10 6 Music Albums of the Year – will be available on BBC iPlayer in December.

In addition, between Monday 29 November and Sunday 19 December, all 6 Music presenters’ personal favourite albums from this year will be played on the station. One album will be celebrated on each day.