How Do You Cope? …with Elis and John returns to BBC Radio 5 Live and BBC Sounds 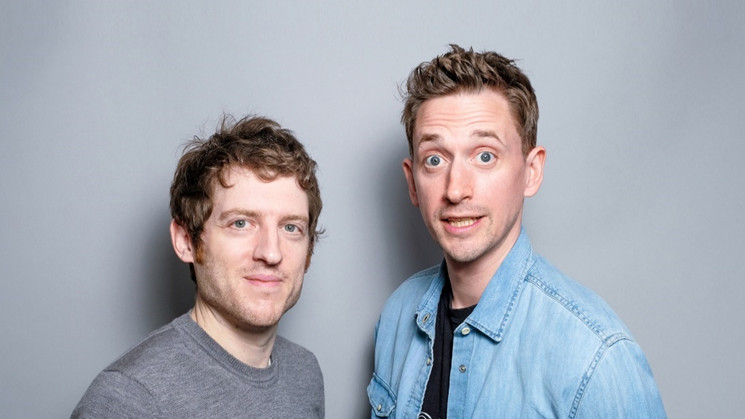 Elis James and John Robins are returning to BBC Radio 5 Live and BBC Sounds with a second series of How Do You Cope? …with Elis and John from 1 September.

The award-winning duo will be talking to more celebrity guests about some of the mental and physical challenges they’ve faced.

Although the guests open up about deeply personal setbacks – including grief, illness and abuse – the episodes also project positivity with quite a few laughs.

In the first episode of the second series, Elis and John talk to singer songwriter George Ezra who opens up about his struggles with anxiety and OCD. He also discusses the pressures of being a high-profile touring musician.

Elis James says: “I never fail to be amazed at the guests we interview on How Do You Cope?. Whether it’s Monty Panesar discussing the pressures of elite level sport or Fabrice Muamba’s relentless positivity in the face of a career being cut so cruelly short, this series has inspired me as I’m sure it will the listener.

“Stigma around mental health can only be challenged by people speaking out, and it was an honour to interview these people – all of whom have faced different challenges, but they were all united by an ability to speak candidly and eloquently about the journeys they have been on.”

John Robins adds: “Recording the second series of How Do You Cope?, Elis and I found ourselves on video calls with some of the most inspiring, eloquent and fascinating people. Each of them has experienced a different kind of challenge and has a unique insight into how they got through it.

“From Terri White’s unflinching honesty about the impact of childhood sexual abuse, to Chris Packham’s powerful descriptions of life on the autistic spectrum, each interview has left me with immense admiration for people who speak out to increase awareness of mental health…

…But my main feeling is a profound sense of hope, which perhaps we need now more than ever. We all have mental health, both good and bad, and listening to these amazing people speak about their own journeys, has been a huge privilege.”

The new series of BBC Radio 5 Live’s podcast How Do You Cope? …with Elis And John will be available on BBC Sounds from 1 September.