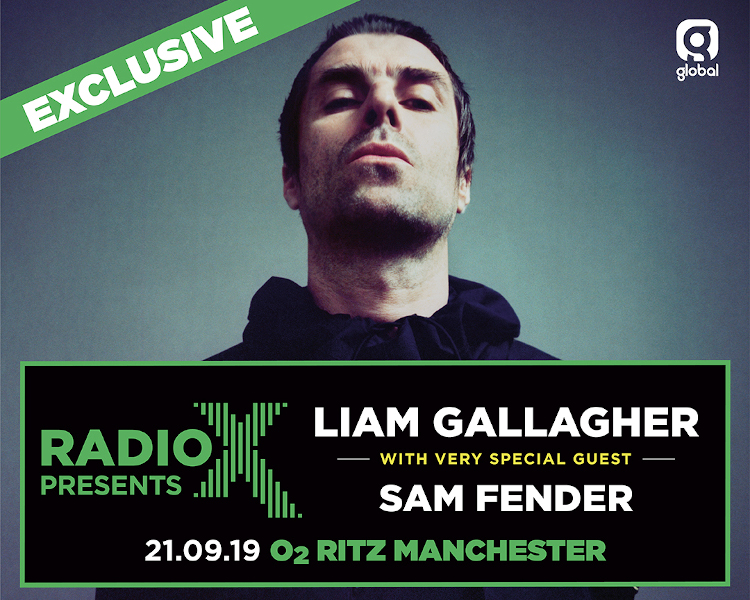 If you’re a fan of Liam Gallagher, you’ll be pleased to hear that he’s playing an intimate homecoming gig for Radio X listeners in Manchester next month.

This special gig will be at the O2 Ritz Manchester on Liam’s birthday, 21 September and he’ll be joined on the double bill by Sam Fender, who will open the show.

Liam and Sam have spent the summer playing to hundreds of thousands of fans and will perform to just over 1000 Radio X listeners in this intimate Manchester gig.

It’s a part of the ‘Radio X Presents’ series of gigs, which bring some of the the world’s biggest bands and solo artists to play in intimate venues. It takes place the week after Sam’s debut album ‘Hypersonic Missiles’ is released, and the day after Liam releases his hotly anticipated second solo album ‘Why Me? Why Not.’

Matt Deverson, managing editor of Radio X, said: “Radio X Presents gives our listeners the chance to see some of the world’s biggest artists play in intimate settings, and it doesn’t get much bigger than this!

“Liam Gallagher is one of the greatest rock ‘n’ roll stars of his generation, and Sam Fender is one of the most exciting new artists on the planet right now. Both will have just dropped brand new albums – two of the most hotly anticipated releases of the year – and this intimate Radio X gig truly is going to be one of those ‘I was there’ moments.”

If you want to be at the gig, tickets go on general sale this Friday, 30 August at 9am, but there will be a limited number of tickets available via an exclusive pre-sale from tomorrow, Wednesday 28 August at 9am by signing up at the Radio X website.