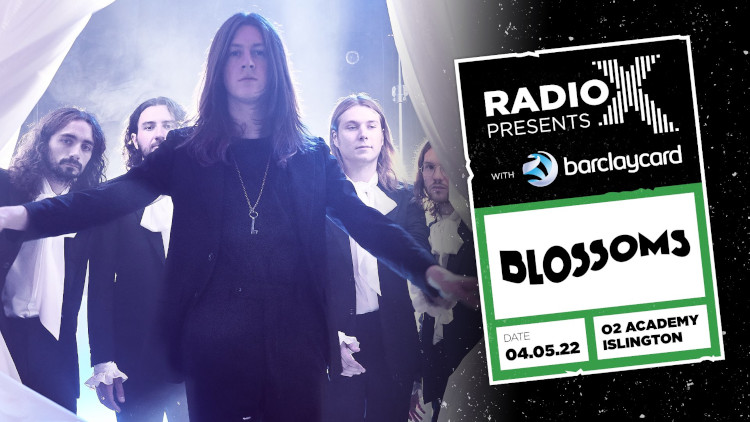 Blossoms are to play an exclusive intimate gig for fans in London next month – Radio X Presents Blossoms with Barclaycard.

The gig will take place at O2 Academy Islington on Wednesday 4 May. It’ll be one of the first chances for fans to catch the band live after the release of their hotly anticipated fourth studio album ‘Ribbon Around the Bomb’, which is released on 29 April.

The Stockport group are set to play to tens of thousands of people this summer at a series of stadium shows and festivals, but will play this intimate show for Radio X and Barclaycard to just 400 fans.

Tickets for the exclusive gig go on sale at 9am on Friday (22 April) via Global Player.

Highlights from the show will be available exclusively on Global Player and Radio X’s social platforms from Sunday 8 May.