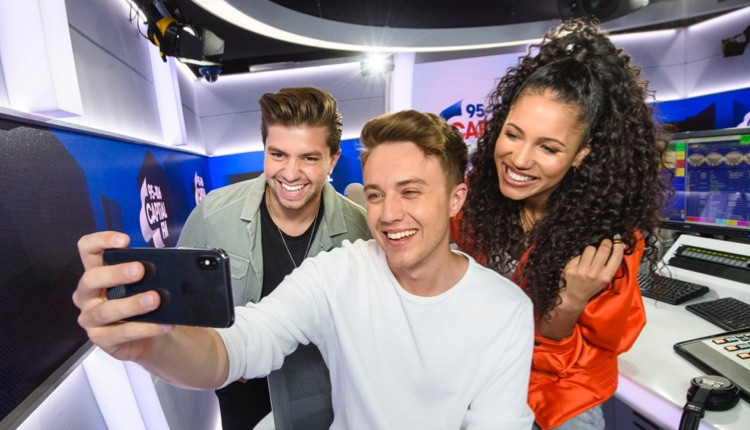 Capital has launched the first networked breakfast show on commercial radio in England, Scotland and Wales with the syndication of its London show.

Although local Capital breakfast shows have been axed, local news, weather and travel information will be inserted from each region.

The move has been made possible thanks to changes in the regulator Ofcom’s localness guidelines, first published in October last year.

Roman, Vick and Sonny’s first guests on the nationwide show will be Billie Eilish and Jax Jones, with Lewis Capaldi, Mark Ronson, Ellie Goulding, Olly Murs, Tom Walker, Ava Max, Liam Payne and Anne-Marie on during the week too, plus a competition for listeners to win tickets to see and meet Shawn Mendes in the UK as well as his hometown of Toronto.

At the start of this morning’s show, Roman said, “Today’s show is massive, we’re broadcasting around the UK.” He also said that last night he had the feeling like he was going on holiday!

This is an historic day for commercial radio in the UK as, after years of lobbying for rules to be relaxed, Capital owners, Global become the first radio group to offer a networked commercial breakfast show across Great Britain.

Now across the UK and tastier than ever, Capital Breakfast with Roman Kemp 🥄 pic.twitter.com/Nfmr1KnyTY

Global has already confirmed Heart Breakfast will go networked in the coming months, followed by Smooth before the year is out.

No other radio group has indicated any plans to network breakfast on a major scale, but Bauer currently syndicates breakfast on Greatest Hits Radio on FM in Liverpool and West Midlands.

Simon Mayo is returning to hosting a national Drivetime show