International stars come together for the Jazz FM Awards 2020 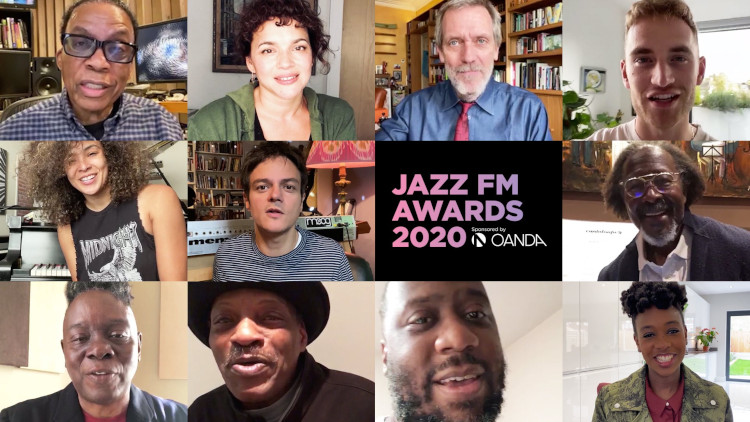 A host of international stars from around the world came together for last night’s Jazz FM Awards with OANDA, which was livestreamed from Ronnie Scott’s Jazz Club in Soho.

The evening’s two high profile Special Awards, which had been announced before the ceremony, went to 14-time Grammy winner Herbie Hancock, who celebrated turning 80 this year by picking up The PPL Lifetime Achievement Award, and multi-platinum-selling US singer Norah Jones, who was presented with The Impact Award.

Accepting his award, Herbie Hancock said: “The UK has supported and kept jazz alive for so many years. Not just for its citizens, but globally. And people in distant lands, many fans from Asia, Africa and around the world have been able to enjoy great jazz in places like Ronnie Scott’s and other venues for many, many years.

“It has all been a wonderful ride and continues with the younger generation of jazz musicians collaborating with me and I’m inspired by that. They think I’m inspiring them; they don’t realise they are inspiring me! But jazz is in a very healthy state. The pandemic is not going to stop that. It’s continuing beyond that. So I want to thank the Jazz FM Awards and OANDA for this wonderful honour. Thank you all so very, very much.”

The Gold Award was presented to UK band leader and vibraphonist Orphy Robinson MBE for his services to UK jazz and jazz education.

BREAKTHROUGH ACT OF THE YEAR

SOUL ACT OF THE YEAR

INSTRUMENTALIST OF THE YEAR

BLUES ACT OF THE YEAR

VOCALIST OF THE YEAR

INTERNATIONAL JAZZ ACT OF THE YEAR

Sponsored by PRS For Music

ALBUM OF THE YEAR (PUBLIC VOTE)

Binker Golding – Abstractions of Reality Past and Incredible Feathers

Branford Marsalis Quartet – The Secret Between the Shadow and the Soul

VENUE OF THE YEAR (PUBLIC VOTE)

Band on the Wall