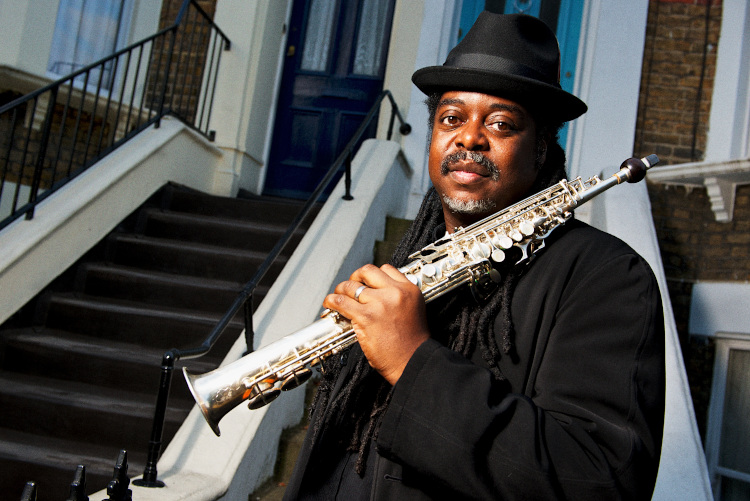 Legendary British saxophonist Courtney Pine is to receive the prestigious Gold Award at this year’s Jazz FM Awards with PPL and PRS for Music.

Pine, one of the most celebrated UK jazz musicians of all time whose three-decade career has included being awarded both an OBE and CBE for services to music, will collect the award in-person at the ceremony at Under the Bridge in West London on Thursday 28 October.

He’ll join a long list of artists to have received one of Jazz FM’s Special Awards including some of the greats of the genre such as Herbie Hancock, Quincy Jones, Gregory Porter, Norah Jones, Dame Cleo Laine, George Benson, Pat Metheny, Georgie Fame and Ahmad Jamal.

Courtney Pine said: “I would sincerely like to thank all the hard-working members of Jazz FM for recognising me in this way.

“An award of this stature to someone like me is amazing, I never thought that I would be acknowledged for trying to perform jazz in the United Kingdom in this way.

“I am deeply honoured and truly realise the significance of a youth from North West London being given this Gold Award during these times. UK stand tall.”

Peter Leathem, Chief Executive Officer, PPL said: “Courtney Pine CBE is a truly deserving winner of this year’s Gold Award. Since the 1980s he has been an instrumental figure in the UK jazz scene, releasing critically acclaimed solo work as well as regularly collaborating with his contemporaries in bands like Jazz Warriors. The lasting impact of these collaborations, which aimed to promote black jazz artists, can be seen today in the outstanding talents currently on the UK jazz scene, for whom Courtney and his peers blazed a trail. Congratulations Courtney and thank you for your contribution to UK jazz.”

Andrea Czapary Martin, CEO, PRS for Music added: “We are delighted to be a headline sponsor of the Jazz FM Awards this year, it is an important moment to recognise and celebrate the creative excellence of the UK’s jazz community. In particular, all of us at PRS for Music would like to extend our warmest congratulations to Courtney Pine for his Gold Award. With a career in the British jazz scene spanning over thirty years, Courtney continues to break new ground with a string of highly acclaimed recordings and numerous accolades.”