Nicholas Parsons tribute evening to be broadcast by BBC Radio 4 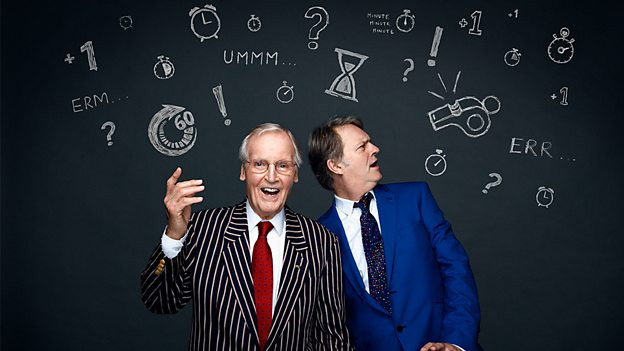 An evening of programmes paying tribute to the late Nicholas Parsons CBE will be broadcast on BBC Radio 4 on Saturday 10 October, which would have been his 97th birthday.

Parsons, who died last January, chaired the Radio 4 comedy panel show Just A Minute from its launch in 1967. The station will broadcast a new documentary and specially chosen highlights from the archive covering the broadcasting legend’s outstanding career.

The evening will kick off at 6.15pm with Paul Merton, who appeared with Nicholas on Just A Minute for over 30 years. He’ll be joined by Clive Anderson on Loose Ends, to introduce the forthcoming evening of programmes.

This will be followed by an episode of Just A Minute, chosen by Paul Merton. From 2010, it’s the 800th episode of the show and features Paul, Sheila Hancock, Gyles Brandreth and Ian MacMillan.

The Straight Man, a documentary from 2005 will hear Parsons sharing memories from the 1950s and 1960s when he was the stooge to Arthur Haynes’ funny man. It explores the role of the straight man in comedy double-acts with help from Syd Little, Peter Reeves and Ian “Krankie” Tough, among others.

Going further back, Doon The Watta sees Nicholas return to the Clyde, where he worked as an apprentice in the 1940s, to remember his life in Glasgow and journey down the river he loved.

We’ll hear Nicholas when he appeared as a guest on Desert Island Discs in 2007 choosing a portable radio, with an endless supply of batteries as his luxury item. He speaks to Kirsty Young about starting in the entertainment industry and tells her: “The joy of performing is that you overcome the insecurity of your nature and are reassured by the reaction of the audience”.

Later, on BBC Radio 4 Extra, Just A Minute Does Panto, which marked the programme’s 50th year in 2017, can be heard. It features regulars Paul Merton, Sheila Hancock and Gyles Brandreth together with Tom Allen, Pippa Evans, Tony Hawks, Rufus Hound and Julian Clary.

Nicholas’ widow Annie Parsons, speaking on behalf of his family, said: “Nicholas loved the BBC and he would consider this evening an unbelievable honour and be immensely flattered.”

Radio 4’s Commissioning Editor for Comedy, Sioned Wiliam adds: “There is so much love and respect amongst us all at Radio 4 and our listeners for Nicholas, we miss him so much. He leaves behind one of the finest comedy and broadcasting legacies spanning over 50 years. We’re delighted to be able to remember him through a selection of that brilliance on this evening.”