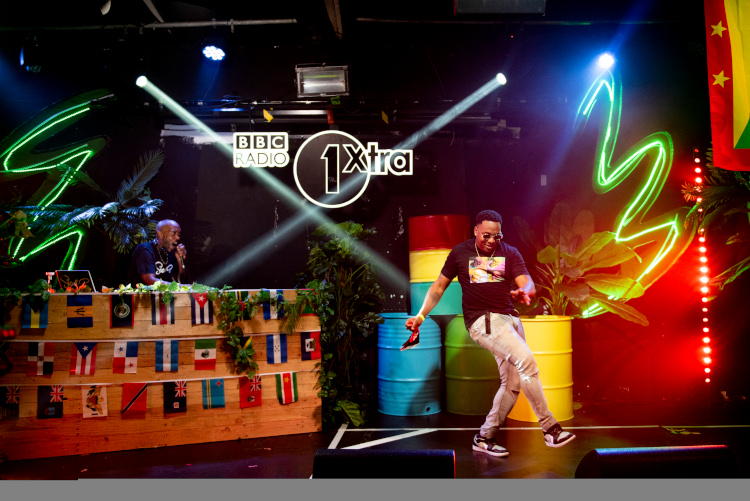 Live performances, artist freestyles and DJ takeovers will be a part of BBC Radio 1Xtra’s celebration of Carnival 2020 across this weekend.

All shows on the station will champion the sounds, vibes and culture of Carnival bringing listeners the best in Soca, Dancehall, Jungle, UKG and Carnival sounds.

Other highlights across the weekend will include The Official Notting Hill After Party hosted by 1Xtra on Sunday and Monday 11pm – 1am which will be broadcast on-air and on 1Xtra’s YouTube channel.

1Xtra DJs will team up with some of the biggest names on the scene for a host of brand new sets, including Rampage with Mr Shuges, Seani B with Triniboi Joocie, Jamz Supernova with Stush, Sian Anderson with Alicai Harley, and DJ Target with Flowdan, plus exclusive sets from Continental GT with Gracious K, and DJ Dee with Majikal from Flagz Sound.

Seani B says: “Carnival has played a massive part in my life. I’ve been attending since I was a kid with my Dad, Mum, Brothers, friends and as a working DJ.

“It feels odd this year that it won’t be happening, but through the magic of radio and streaming the tradition will not be erased. I’ll be teaming up with some of the people I look forward to seeing out on the road to bring you something very special. Kes, Shaggy, Nessa Preppy, Triniboi Jooice, DJ Puffy, Private Ryan are just a few names that will be bringing that carnival vibe with me.”