Scala Radio to launch new series ‘The Story of Musicals’ 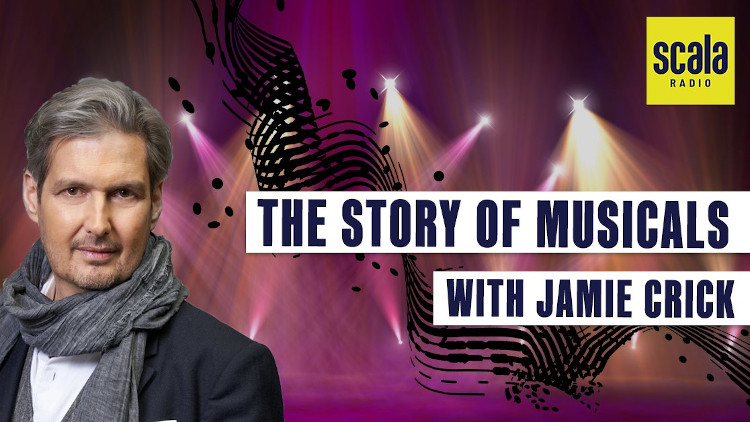 Scala Radio is launching a new 4-part series ‘The Story of Musicals’ devoted to musical theatre, presented by Jamie Crick, starting next Sunday (10 May).

The series will look at what makes a musical commercially successful and how audiences’ tastes have evolved over the decades. It will also be finding out how musical theatre is responding, or adapting to, the current self-isolation period due to the pandemic.

Listeners will be taken on a journey of musicals through the ages, from the films of Fred Astaire right up today’s Broadway blockbusters such as Dear Evan Hanson.

Some of the biggest revival productions from British companies including Chichester Festival Theatre and the National Theatre will also feature, as the programme takes a look at the continual reinvention of some of the greatest ever shows.

Other episodes will be around themes such as iconic writing duos – including Rogers & Hammerstein and Tim Rice and Andrew Lloyd Webber, as well as exploring the big screen adaptations of musicals.

There’ll be a chance to explore how some of our favourite musicals such as Les Misérables and Wicked came to be, as well as an opportunity to hear about the future of musicals.

Speaking about the new series, Jamie said: “Many of us have a big musical theatre shaped hole in our lives right now, so there really has never been a greater time to reflect and appreciate the form which enriches so many of our lives.

“In this new series, I’ll have the chance to play some of the many songs that have soundtracked my life as well as explore why it is that musical theatre continues to be so impactful to this day.”

Episode 1 of ‘The Story of the Musicals’ with Jamie Crick is on Scala Radio next Sunday (10 May) from 1pm – 3pm.