Nicholas Parsons, host of Radio 4’s Just a Minute has died at 96 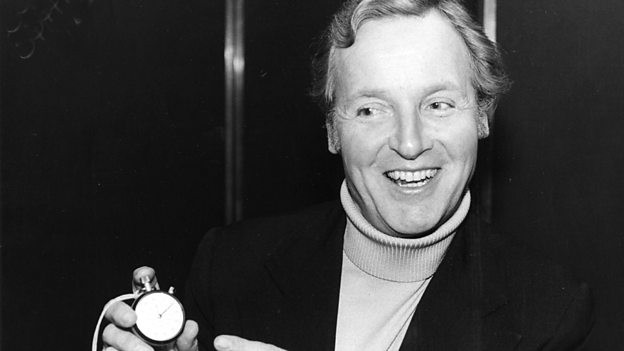 The much loved broadcaster, Nicholas Parsons has died at the age of 96 after a short illness.

He was best-known as host of BBC Radio 4’s Just a Minute which he had hosted since it began more than 50 years ago.

It was on December 22nd 1967 that Nicholas hosted the first edition of Just A Minute on BBC Radio 4, a role he has carried out ever since, missing only a couple of recordings until recently. In 1971, he also became host of the ITV gameshow Sale of the Century, which he presented for 12 years.

His agent, Jean Diamond issued a statement on behalf of his family which said: “Nicholas passed away in the early hours of the 28th of January. He was with his beloved family who will miss him enormously and who wish to thank the wonderful staff at the Stoke Mandeville Hospital.”

Tony Hall, BBC Director-General, paid tribute: “Very few people have done so much to entertain audiences over the decades, and no one deserves to be called a broadcasting legend more than Nicholas Parsons.

“His charm, inventive intellect and ability to create laughs were unsurpassed. Our thoughts are with his family and all who knew him.”

Mohit Bakaya, Controller of BBC Radio 4, said: “Nicholas Parsons was one of the greats, a first class broadcaster and an icon in the world of British comedy.

“Nicholas always brought his sharp wit, brilliant poise and warmth to everything he did – but particularly as host of Just a Minute where his excellence shone in each episode without hesitation, deviation or repetition. He was that rare beast – a presenter whose appeal spread right across the generations – and he was a unique member of the Radio 4 family. He will be greatly missed by us all, as well as the many, many listeners who he entertained so brilliantly.”

You can read the BBC’s obituary to Nicholas Parsons here.

Without hesitation, deviation or repetition I’d like to say that Nicholas Parsons was a broadcasting giant who proved that the straight man could be the real star of comedy. Will be hugely missed by all who work at & love @BBCRadio4 https://t.co/8r2hyMMXRY

Oh no. Nicholas Parsons gone? He ruled Just a Minute for Just a Lifetime. A stunning achievement: never scripted, always immaculate. From comedian's sidekick to great institution, via Sale of the Century & much more. Unrivalled continuity, professionalism & commitment. Farewell x

The sound of the final whistle. Nicholas Parsons was truly the kindest and most generous person I’ve ever worked with. His continued delight at being a part of show business should be an inspiration to us all! Huge love to his wife Annie and his whole family. #ripnicholasparsons

So sad to learn of the death of Nicholas Parsons, though at 96 it was a pretty impressive innings. I last saw him a year ago and he was in great form. A more friendly, generous, polite and solicitous person you could not hope to meet.

RIP Nicholas Parsons, 96.
A wonderful man who brought so much fun, charm, wit & pleasure to so many millions of people over so many decades. What a life. pic.twitter.com/3ZoRKQDOqQ

The end of an era. Nicholas Parsons was such a lovely man – and so versatile: actor, entertainer, writer, TV star & radio host without equal, but for me, most of all, friend. I knew him for more than 50 years: he was simply the best. Thinking of his wonderful wife Annie & family. pic.twitter.com/p1Dl1rWqfJ

Very sad to hear that the wonderful Nicholas Parsons has passed away.I knew him for years and have always been a big fan.on his 90th birthday we gave him a Superman Dressing Gown which he told me he loved. He was a superman and a great entertainer.I will miss him very much.