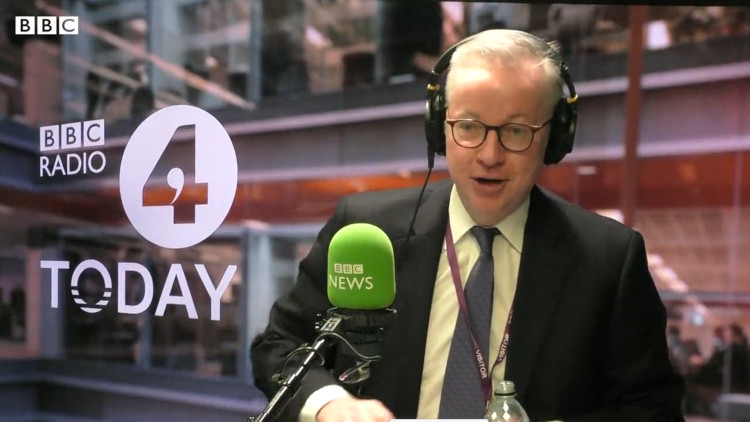 The levelling up secretary, Michael Gove got stuck in a lift at the BBC this morning, causing disruption to radio schedules.

The cabinet minister was at Broadcasting House for an interview on BBC Radio 4’s Today programme when the incident occurred.

Host Nick Robinson told listeners about the predicament just after 8am, saying that Mr Gove was “keeping cheerful” and had offered to do the interview by phone from inside the lift.

Mr Gove was finally “freed” after about half an hour. When he eventually appeared on the programme, he joked that staff had “successfully levelled me up” and released him.

W1A is sometimes more than a comedy… Michael Gove's interview with us this morning was delayed while he was stuck in one of our lifts for half an hour… @BBCnickrobinson apologised to the now freed Mr Gove… pic.twitter.com/SYKY2UBOp6

The late appearance caused a knock-on delay for Mr Gove’s slot on LBC with Nick Ferrari, who explained to his listeners what had happened and changed his programme running order around until Mr Gove finally appeared.

Explaining to Nick what had happened, Michael Gove said that in a scene more appropriate for The Thick of It or W1A, he was trapped in the BBC lift between 7.45 and 8.15, but he was liberated after texting the BBC Chairman!

After being trapped in a lift for half an hour Housing Secretary Michael Gove reveals he text the BBC Chairman to help secure his release.@NickFerrariLBC pic.twitter.com/vrCx7OadRc