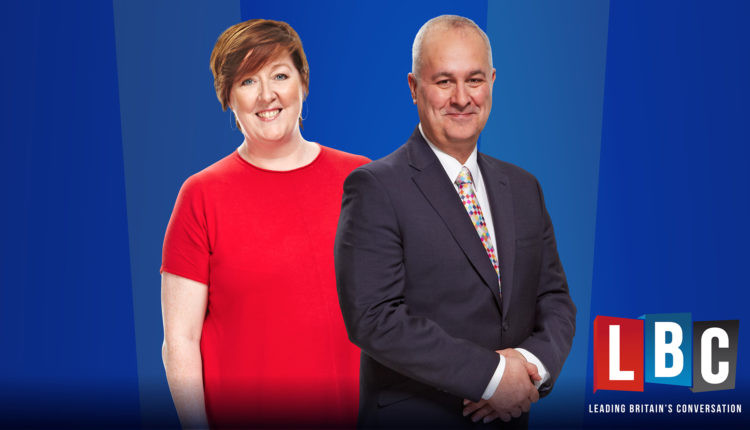 LBC’s election night programme will be simulcast on the radio, in HD video on Global Player and the station’s digital and social media channels.

As the polls close at 10pm next Thursday, Britain Decides, presented by Iain Dale and Shelagh Fogarty, will be live from LBC’s studios in Leicester Square and from more than 80 battleground seats across the UK.

During the night, LBC’s presenting team will be joined by a host of leading political figures to give instant reaction and in-depth analysis on the results as they’re announced. They include current and former Cabinet ministers Nicky Morgan, Jacqui Smith (also co-presenter of the For The Many podcast with Iain Dale), Sir Michael Fallon, Lord Chancellor Lord Charlie Falconer and Sir Vince Cable, as well as the Mayor of London Sadiq Khan.

The following morning there’ll be an extended edition of Nick Ferrari at Breakfast from 6am to 10am with more reaction and interviews with some of the biggest names across the political spectrum.

Elsewhere, BBC Radio 4 and BBC Radio 5 Live will join forces to broadcast a special show starting at 9.45pm with James Naughtie and Emma Barnett. On 5 Live, Nicky Campbell and Rachel Burden will take over at 5am with reaction, and analysis as the General Election 2019 results continue to roll in.