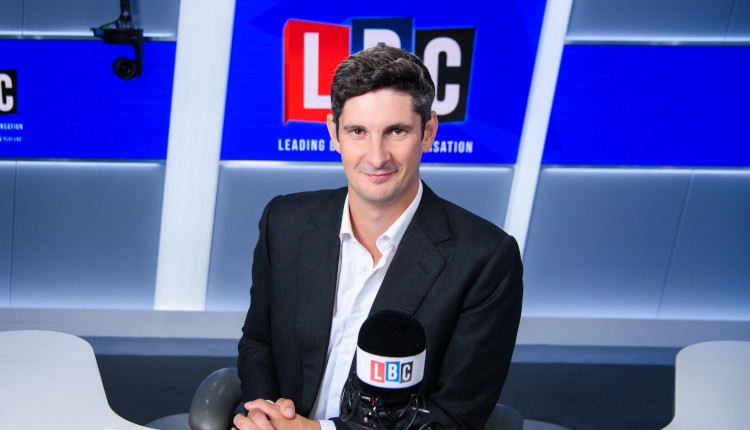 From September, Tom Swarbrick will be the new host of LBC’s Drivetime programme.

Every weekday from 4pm, Tom will tackle the big stories of the day using his wealth of experience as a presenter and journalist, plus insider knowledge from his time at Number 10.  He will launch the new Drivetime show at a crucial time for the nation, with the announcement of a new Prime Minister, a deepening cost of living crisis and the ongoing war in Ukraine.

He’s taking over the show from Eddie Mair, who announced earlier this year that he would be retiring in the summer, after 40 years in broadcasting, including the past four years at LBC.

Tom first joined LBC in 2012, where he was a multi-award-winning journalist and Chief Correspondent. Tom then joined the senior broadcast team at Number 10, before returning to LBC in 2018, where he’s made his mark as the presenter of LBC’s late-night weekday programme and the agenda-setting Swarbrick on Sunday.

Tom says: “From cub reporter to presenter of the flagship Drive show, I’ve been able to call LBC my home for the best part of a decade and I want to make the show an exciting, memorable programme that puts LBC’s audience at its heart.

“To be asked to follow on from Eddie Mair, a titan of this industry, is a huge honour particularly at a time of such national and international turbulence.”

Tom Cheal, LBC’s managing editor, added: “During his time at LBC, Tom has proven to be a formidable journalist and an outstanding broadcaster, who naturally connects with our listeners.

“His fresh approach and first-hand experience of Number 10 provides our audience with a unique insight into the workings of government.

“As we await a new Prime Minister, Tom is the perfect choice to host LBC’s Drivetime programme, debating the big issues with our callers and listeners.”