Five MPs to be guest presenters on LBC next week 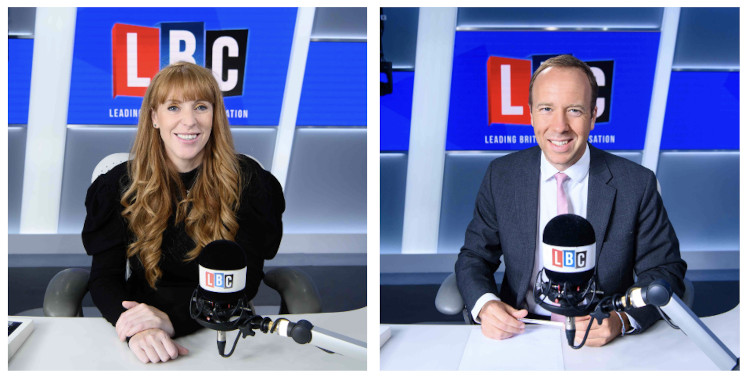 Five of Britain’s top political figures are to guest-present the James O’Brian mid-morning show on LBC next week.

Angela Rayner, Matt Hancock, Tom Tugendhat, Jeremy Hunt and Wes Streeting will each host one of the 10am to 1pm programmes from Monday to Friday, while James is on holiday.

Listeners will have the opportunity to speak directly to the five politicians, to challenge them on big issues from the Conservative leadership battle and cost of living crisis to the war in Ukraine. Angela Rayner, Matt Hancock, Tom Tugendhat and Jeremy Hunt will all make their radio-presenting debut on LBC, while Wes Streeting returns following his successful debut earlier this year.

Tom Cheal, LBC’s managing editor, said: “With the country’s future up for grabs and more people than ever engaging with LBC, it’s the perfect moment to welcome five of the UK’s most influential politicians onto the airwaves.

“LBC is unique in giving our audience unparalleled access to those making the decisions affecting all our lives. While these guest presenters may be behind the mic, as ever, it’s LBC’s listeners in the driving seat, debating directly with those in power.”