BBC Radio 6 Music Festival 2020 to be held in Camden 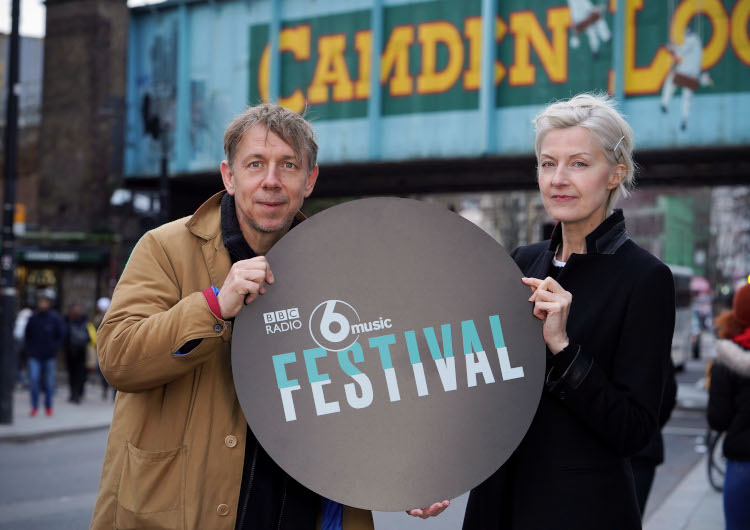 Lauren Laverne announced on her BBC Radio 6 Music Breakfast Show this morning that the 6 Music Festival next year, will be in Camden, London.

The festival, which takes place Friday 6 to Sunday 8 March, will see many of 6 Music’s presenters broadcasting their shows live from Camden, as the station takes over some of the area’s venues for the weekend.

There’ll be a wide variety of events during the day and night, including a series of live performances, spoken word, poetry, Q&A sessions and DJ sets.

Lauren Laverne will be announcing the full line-up and venue details during her show on Tuesday 21 January and tickets will go on sale from Friday 24 January.

The 6 Music Festival began in 2014 and has taken place all over the UK, including in Manchester, Tyneside, Bristol, Glasgow and Liverpool. A variety of artist have performed at previous festivals, including Anna Calvi, Depeche Mode, Goldfrapp, Hot Chip, Kate Tempest, Little Simz, Primal Scream and slowthai.

Paul Rodgers, Head of 6 Music, says: “I’m delighted that 6 Music is coming to Camden in March next year – it’s an area with so many musical stories to tell.

“I hope you’ll join us there for our annual celebration of the best alternative music – or tune in to the live broadcasts across BBC 6 Music, BBC Sounds, BBC Four and BBC iPlayer.”