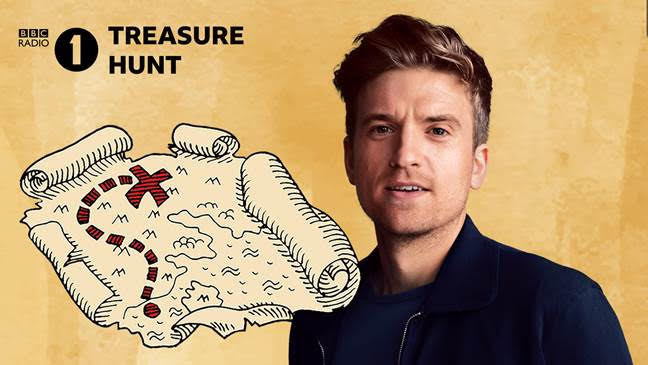 That’s the prize on offer in Radio 1’s Treasure Hunt which kicks off at 7.30am on Thursday 24 October on Greg James’ breakfast show, when a Golden Ticket will be hidden in four different locations around the UK.

Clues as to where the tickets are hidden will be revealed by Greg throughout his show.

The first listener to find one of the Golden Tickets will win a pair of tickets to Radio 1’s Big Weekend, Reading & Leeds and Glastonbury Festivals.

When one of the golden tickets is found, the other three will then be destroyed. That means there’s four chances to win, but there will only be one winner.

If you fancy your chances of winning the summer of a lifetime in the nation’s biggest treasure hunt, then you’d better listen out for the clues during Radio 1 Breakfast with Greg James this Thursday.

Do you want to be at Radio 1's Big Weekend, @OfficialRandL and @GlastoFest next year? ?