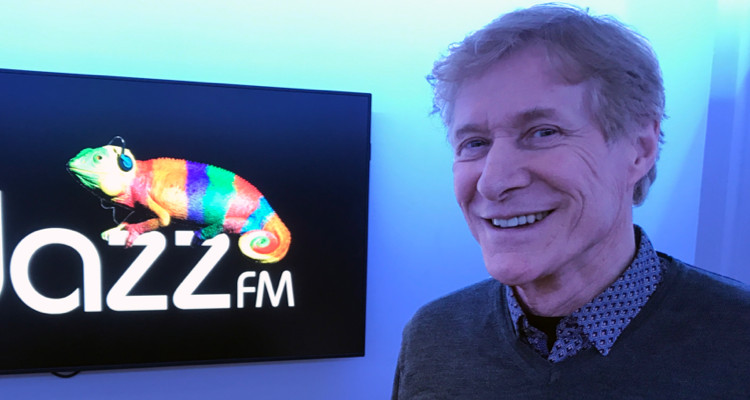 After 15 years, Paul Jones is returning to Jazz FM to present a one-off show as part of the station’s Christmas line-up, which also includes Marcus Brigstocke and Rachel Parris.

Paul is one the UK’s most talented blues musicians and was also one of Jazz FM’s original presenters from the station’s launch in 1990 until 2004.

He’s spent three decades at the BBC but is returning to Jazz FM for a one-off 3 hour special, playing a selection of Jazz, Blues, Latin, Soul and more, from 11am on New Year’s Day.

Marcus Brigstocke is presenting two special programmes. On Christmas Day from 1pm, he’ll be joined by comedian wife Rachel Parris, as they celebrate their first Christmas together as a married couple.

Paul Jones said: “It’s been very nearly 16 years since I was on Jazz FM so I’m very happy to be back for a New Year’s Day special.

“The fact is I was part of the original line-up in 1990, so it’s an honour to help kick off the station’s 30th birthday year. Music wise, I’m looking forward to stretching out for three hours with some of the best jazz and blues music, new and old.”

Marcus Brigstocke said: “I couldn’t be more excited to be at Jazz FM. I’ll be sharing some of my favourite artists and records with fellow jazz heads and recounting some of the stories that link them all together.

“Jazz FM asked me to pick out my favourite Blue Note Records for a ‘Blue Train’ session – you might as well ask a parent which is their favourite child. I made a list and then crossed out 100 of them to leave the very best.”

The station will be celebrating its 30th anniversary next year, having launched on 4 March 1990 and will mark the birthday with a series of programming and events to be announced in the New Year.

🎄🎄We are SO excited to share our plans for Christmas with special shows from Marcus Brigstocke & Rachel Parris, the return of Paul Jones to Jazz FM after a 16-year absence, while Omar and @BrandNewHeavies guest-host New Year's Eve!! 🍾🍾