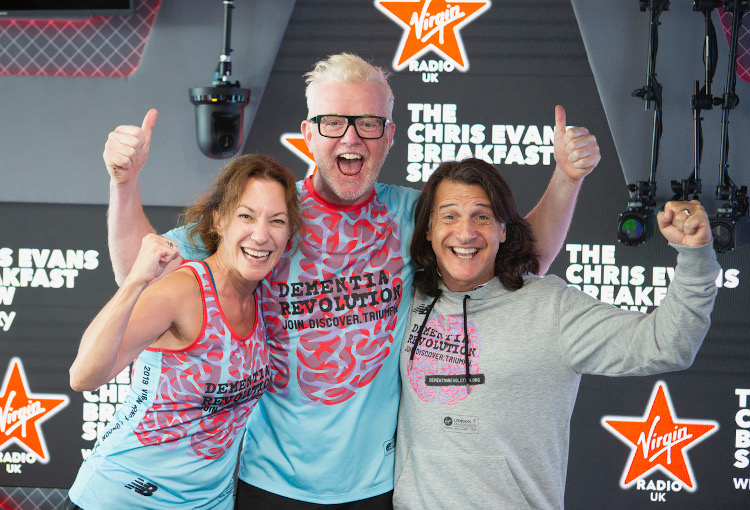 Scott Mitchell, Barbara Windsor’s husband and Tanya Franks who plays Rainie in EastEnders were on this morning’s Chris Evans Breakfast Show talking about how Alzheimer’s has affected their families.

They both joined Chris on Virgin Radio during a charity auction in aid of Dementia Revolution, where Scott explained how sometimes things are normal with Barbara and at other times, she asks whether they are married or if he’s stayed over before.

Scott told Chris: “Since the last time I spoke to you, I’d say things are the same and a bit worse.

“The confusion deepens, there are two sides of the condition with Barbara, sometimes we will be sitting there having a normal conversation and watching TV or seeing people she knows on the TV. Just chatting and laughing, and her humour is brilliant. And then let’s say I can be the centre of her universe, if I leave the lounge to the kitchen, she will shout out ‘Scott where are you.’

“This moves me a lot, the reverse side of that is she goes from looking at me like that, to sometimes and it is becoming quite regular now, she will ask are we married? Have you stayed here before? Or are we going home now, when we are sitting in our front room.”

He says that when Barbara is lucid, he sometimes forgets that she has the disease, but then the next minute she can change, and the reality hits him.

Scott and Barbara’s life together has completely changed, they don’t go out as much as they used to, most nights they sit in watching TV because he says, it’s become more difficult to go out.

Scott Mitchell moved us all this morning when he gave Chris Evans an update on Barbara Windsor's condition and spoke about what it's like living with dementia.

Please continue to support the incredible work of organisations such as @DementiaRev, @alzheimerssoc and @ARUKNews. pic.twitter.com/LJOSySQq8P

Tanya Franks also spoke about how she’s been affected after her stepfather was diagnosed in 2013. She told Chris: “I think one of the big moments for us that hit home for my mum, was my stepfather is an amazing pianist, ever since he was a child and played every day of his life.

“There are now days when he doesn’t play as well as others, and that frustrates him. But Mum said there is absolutely no way he wants to get rid of the piano, noway, it’s the one thing he must keep going.

“The other day he went to play then and walked into the kitchen and looked under the shelf where the kettle is for the piano. It is those moments mum finds hard to deal with, and for Derek it is the feeling of being disconcerted. And you know that’s what happens.”

Scott admitted that he does get frustrated at times: “It is pretty impossible not to have feelings of frustration and irritability,” he said, adding, “Even though you know they can’t help it, we are human. We have our own breaking points.”

AS the bids rolled in for the charity auction during the show, Scott thanked everyone who’d got involved and added: “To everyone out there living with it, their carers, their families, I know they will be so grateful for everything being done.”

Thank you so much for your generosity. The money will help @DementiaRev with their groundbreaking research into the disease 👏 pic.twitter.com/0YprP6lk3B

Listen to The Chris Evans Virgin Radio Breakfast Show with Sky, every weekday from 6:30am