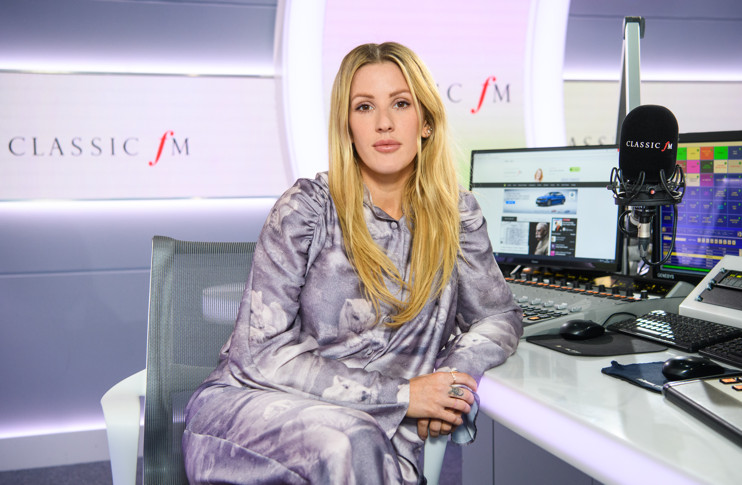 Ellie will host Classic FM’s Revision Hour on Saturday 1 and 15 June, to support those taking their GCSEs, A-levels, Scottish Highers and university exams.

The eight-part Saturday night series was launched on 27 April with The Student Room, the UK’s largest online student community.

Each show has a wide range of classical music, plus practical advice and tips for exam-takers, all related to the theme of the week.

Ellie’s first programme on 1 June, will focus on controlling exam panic and will feature music chosen to help relaxation. Her second show on 15 June, which is also the last in the series, will focus on the relevance of classical music to life once exams are over.

Since releasing her debut number one album Lights in 2010, Ellie Goulding has taken the music world by storm, selling more than 104 million singles, 15 million albums, winning 18 awards and accruing 13.8 billion streams of her music worldwide. Her current single Sixteen, is out now.

Ellie Goulding said: “I listen to Classic FM all the time, so it’s a thrill for me to present on the station that I love and admire. I’ve been a big fan of classical music ever since my grandfather gave me a classical album, when I was 11 years old.

“At school, I found exams quite stressful and put myself under a lot of pressure, but music really helped me relax and unwind. I’m looking forward to being behind the mic for Classic FM’s Revision Hour and I hope everyone enjoys the music as much as I’ll enjoy presenting it.”