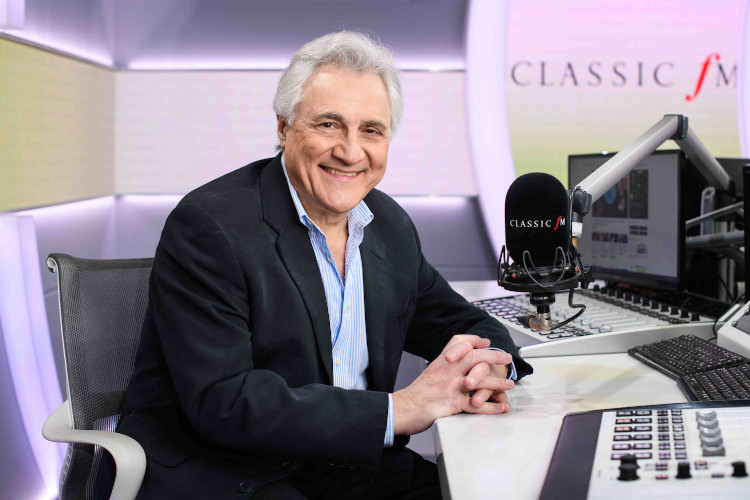 After 12 years as a daily presenter on Classic FM, John Suchet has decided to step down from hosting a regular weekday show on the station and will instead host special programmes across the year.

He will present the final edition of his weekday evening show next, Friday 1 July.

John says: “After a full-time career in TV News, it has been an utter joy for me to have a second career indulging my lifelong passion for classical music on Classic FM. But after 12 years presenting five radio shows a week (live!), writing five composer biographies, hosting a 52-part podcast series on Beethoven – the longest series ever on a single composer – I have decided it’s time to step away from the mic.

“Next Friday 1 July will be the final Classic FM Concert. I want to thank the Classic FM team who are simply the best. Most of all, to the listeners – their many emails, texts and tweets have made every minute worthwhile. Nula and I are now taking a long holiday. But it’s not farewell. I’ll be back later in the year with special programmes on Classic FM.”

Philip Noyce, Classic FM’s managing editor, said: “Following a career spanning six decades, John is undoubtedly one of the nation’s best-loved and most esteemed broadcasters. Ever since he joined Classic FM, he has shared our vision to make classical music accessible to all and has made an enormous impact on millions of people by introducing them to the wonders of the greatest classical music. He is a very popular and respected member of the Classic FM family and – most importantly – is loved by our listeners.

“It’s been an honour for us to work alongside John and we are hugely grateful for all he has done for Classic FM and our listeners. From presenting his weekday programmes and hosting Classic FM Live concerts to writing numerous composer biographies, his contribution has been exceptional. While we will miss him enormously as a regular presenter, he will host a number of short-run series on the station in the future. Everyone at Classic FM wishes John and his wife Nula a well-deserved rest and we look forward to welcoming him back on-air later this year.”

An announcement about the new schedule is expected in due course.