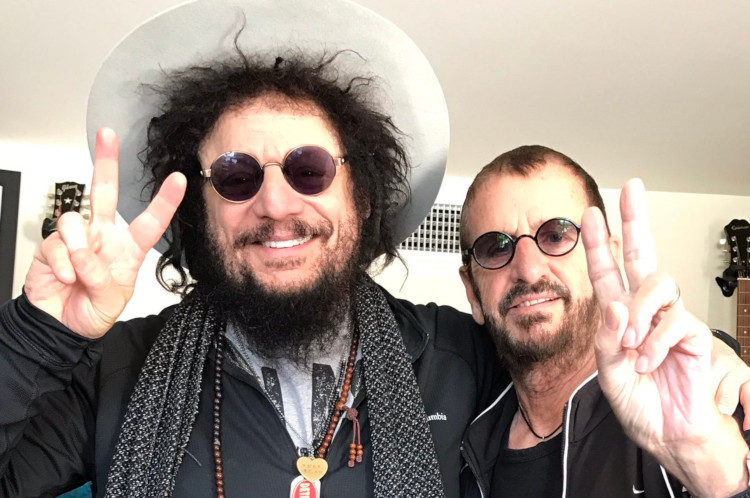 It was hosted by Jazz FM presenters Chris Philips and Jez Nelson at Shoreditch Town Hall in East London and coincided with UNESCO’S International Jazz Day.

Don Was and Blue Note Records collected the prestigious PPL Lifetime Achievement Award, recognising the label’s supreme contribution to jazz history for the past eight decades.

Was, also known for his production work with pop and rock stars including the Rolling Stones, Bob Dylan, Elton John, and Bonnie Raitt, has been the label’s President since 2012 and played a tremendous role in its continued prosperity into the 21st century.

Ringo Starr was on hand to congratulate his good friend and collaborator, saying: “You’ve played on a lot of my tracks over the years… Congratulations, I’m sure you’re all having a great night. Peace and love – you deserve it, love you Don!”

Collier’s manager Quincey Jones sent a special message to him: “My dear brother Jacob Collier, it is such an honour to have you as a member of our QJP [Quincy Jones Productions] family, and I couldn’t be prouder of all that you’ve accomplished at your age brother.

“I have socks older than you! It has been an absolutely beautiful journey to witness your growth over the past few years, and the only direction you can go from here is up… Sending my big love and props for being awarded with the Jazz FM Gold Award… Keep on kicking on brother, YOLO!”

Other memorable moments from the night included an emotional tribute to the late Aretha Franklin from Beverley Knight, who brought the house down with her powerful version of “(You Make Me Feel Like A) Natural Woman”.

The public voted Nubya Garcia as the UK Jazz Act of the Year and Sons of Kemet won Album of the Year for the critically-acclaimed ‘Your Queen Is A Reptile’.

The evening closed with a performance from South London collective Steam Down, who were dual winners in the categories of The Innovation Award and Live Experience of the Year Award for their residency show featuring US jazz giant Kamasi Washington.

The band were joined on-stage by International Jazz Act of the Year winner Makaya McCraven, the Chicago-based drummer who has been pivotal in connecting thriving underground scenes from around the globe.

The Digital Award sponsored by Oanda

Instrumentalist Of The Year sponsored by Savile Row Gin

International Jazz Act Of The Year sponsored by Lateralize

Soul Act Of The Year sponsored by RCS

Blues Act Of The Year sponsored by British Airways

Vocalist Of The Year sponsored by Denbies

Album Of The Year (Public Vote) sponsored by Arqiva

Sons Of Kemet – Your Queen Is A Reptile

Don Was and Blue Note Records

The Don is in the building! Jazz LEGEND and PPL Lifetime Achievement Award winner Don Was talks to Nigel Williams about signing Gregory Porter and becoming the President of @bluenoterecords at this years #JazzFMAwards pic.twitter.com/O04Ymtz7Pj